If you are looking for a one of a kind Batman gift, you have come to the right place. A Batman Who Laughs Statue is something that every serious Batman collector wants/needs to have. For those who are not familiar with the Batman Who Laughs. He’s a supervillain that combines the Dark Knight and The Joker into one. He comes from Earth -22 and made his first appearance in September 2017 in The Casting #1.

These are the best Batman Who Laughs Statues

The Batman Who Laughs From Diamond Select Toys 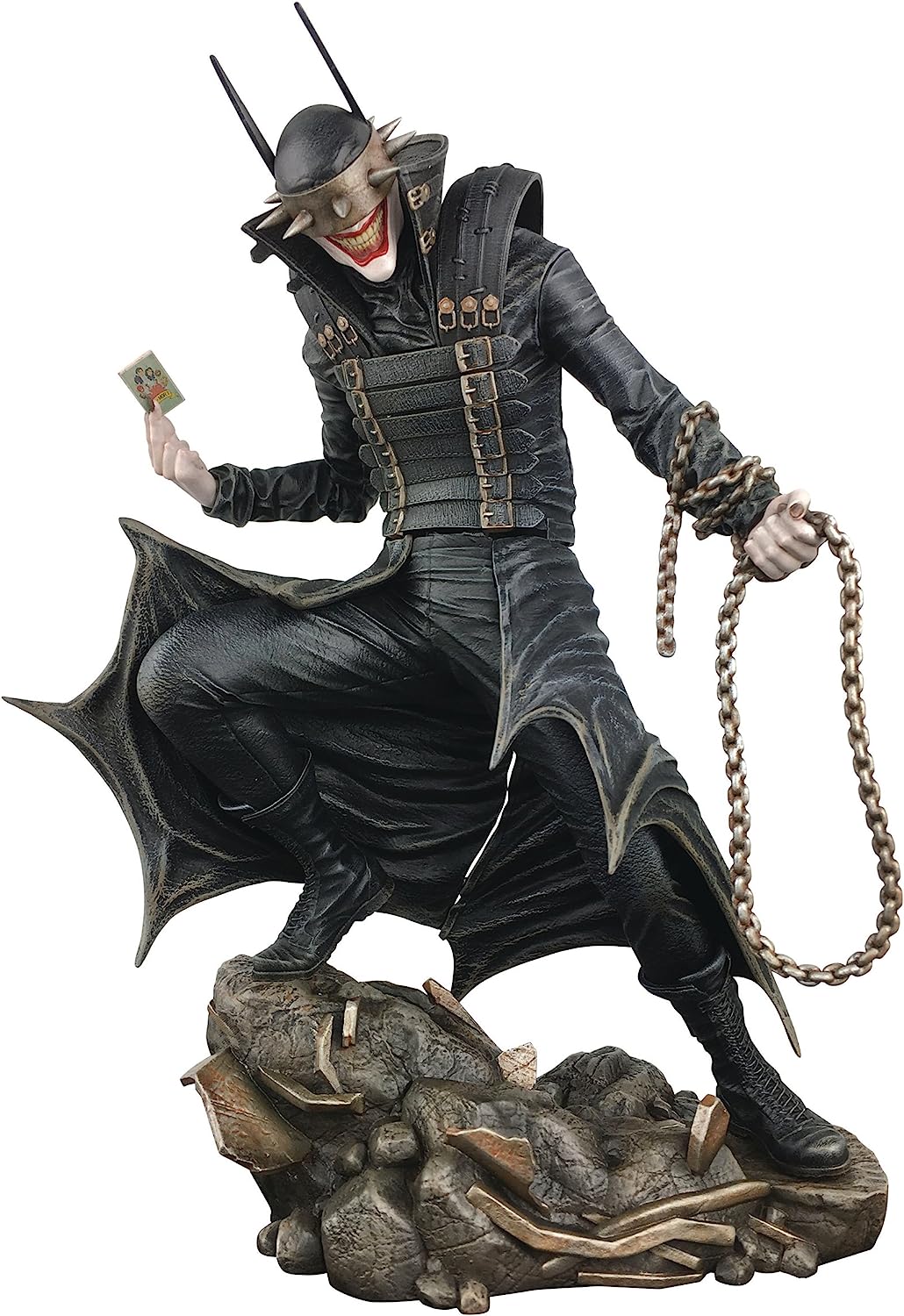 This figurine depicts “The Batman Who Laughs” from the DC comic hit, Dark Nights: Metal. This character is a “Jokerized” version of Batman, a supervillain who leads the Dark Knights. He is one of the main enemies of the Justice League. This figurine stands at about 9 inches tall with a detailed sculpt and exact details in the paint job. The design was inspired by the artists of this six-part comic series: Greg Capullo, Jonathan Glapion and FCO Plascencia.

This figurine in particular displays Batman Who Laughs as he stands on a pile of jagged rocks. Here, he holds a card in one hand and a long chain in the other, of course with that evil grin on his red clown lips. His costume has gold accents, which makes it unique from other designs. The figurine is made out of high-grade plastic and comes in a full-colour window box. Customers give this product five stars for accuracy and for its financial value. They enjoy how this figurine is cheaper, but still maintains a gorgeous sculpt. A minor issue seems to be the window box, which is sometimes omitted from packaging or comes destroyed.

The Batman Who Laughs Black & White Statue From DC Collectibles 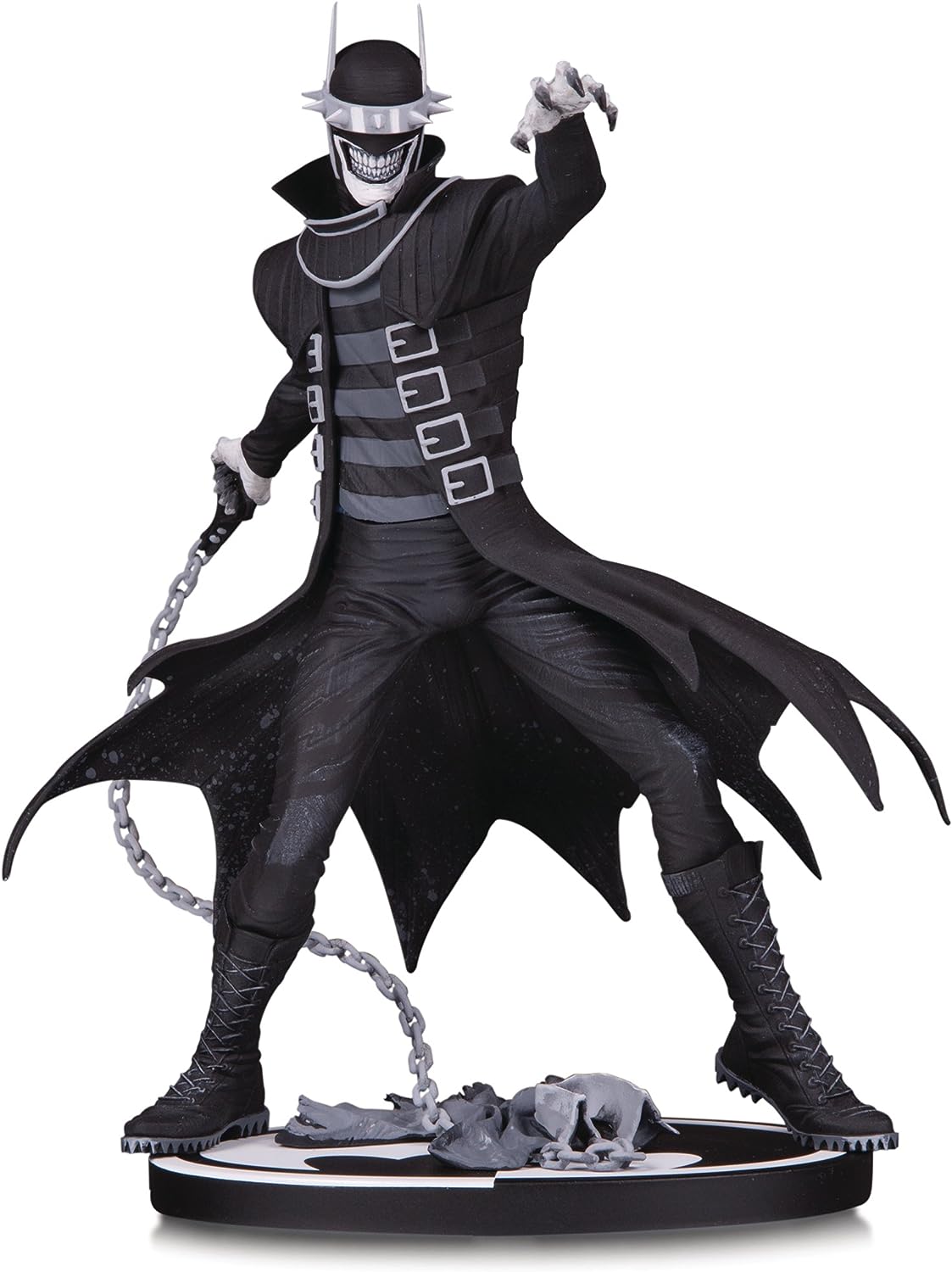 It might surprise you to know that this is the first statue based on “The Batman Who Laughs.” An official character from DC Collectibles, it looks like it was ripped from the pages of the comic book. This figurine was designed by Greg Capullo, an artist who worked on the Dark Night: Metal series, and sculpted by Jonathan Matthews. It measures approximately 7 inches tall. Much like the previous figurine, the Jokerized Batman wields a long chain in one hand. His other hand raises in a menacing pose, emphasizing his malevolent character. He stands on an oval-shaped platform, which helps the figurine stand perfectly upright.

Unlike the figurine from Diamond Toys, this figurine is more monochromatic, with a strict black and white palette. Furthermore, this is a limited edition Batman collectable, since there are only 5,000 of these amazing statues. Customers especially love this product, with 92% of its reviews as five-star ratings. Multiple customers purchased this item as a gift for Batman fans, and they all adore it. Only one customer had an issue because the collar arrived broken, but this could be a fluke.

The Batman Who Laughs & Robin Minions Statue From DC Collectibles 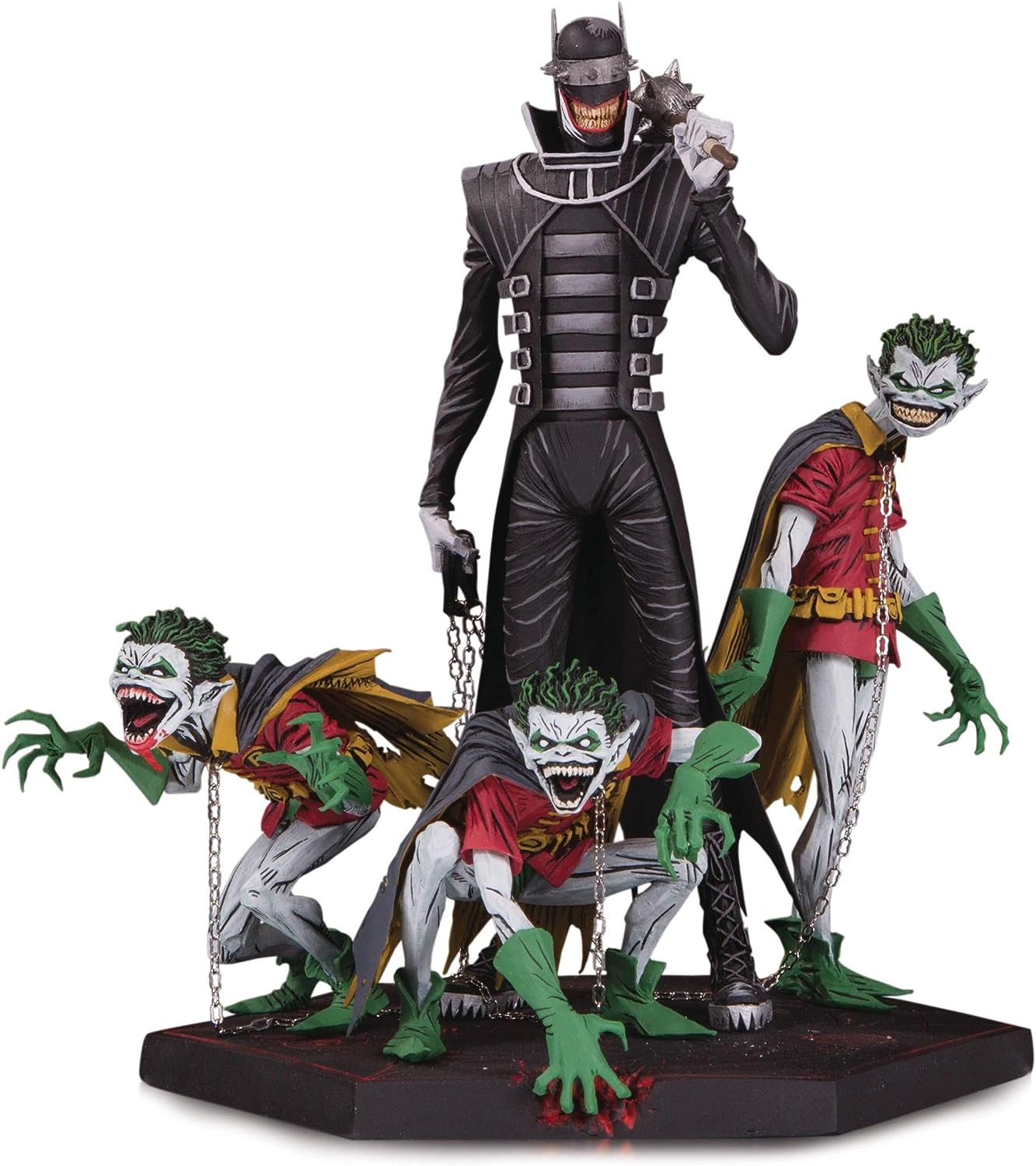 This figurine not only features “The Batman Who Laughs,” but his sinister Robin minions as well. This model was designed by Greg Capullo and sculpted by Jason Frailey. There will only be 5,000 available when this collectable is released to the public for purchase. Out of all the figurines, this one has the most amount of colours and vibrancy. Even though the Jokerized Batman wears mainly black, the Robin minions don the signature red and green suit.

The three minions pose in a threatening manner at their master’s feet, ready to attack on his command. A cool detail you might not notice is the red outline on the black surface of the platform, which the middle minion has dug his claws into. This statue is certainly the most frightening out of all the designs with the addition of the minions. It measures 8.135 inches tall and weighs 2.2 pounds. However, at the moment, this product is not available for purchase. Therefore there are no customer reviews in which you can base your decision off of. It will be released on February 26, 2020, but you can pre-order it in advance.