What are the best Captain America action figures? We scoured the web and found for our favorite Cap action figures for kids and adults. We even added a couple more which are extra special.

For those who don’t know Captain America, his real name is Steve Rogers. He made his first appearance in 1941. He was created by Joe Simon and Jack Kirby. 1941 means that it was right in the middle of World War II and this was no accident. Did you know that Captain America was discontinued for a short time? It was discontinued from 1950 till 1964 which is actually more than 10 years. Luckily for us, they made the right call and the rest is history.

If you are looking for the Best Captain America Gifts, be sure to check out our page. 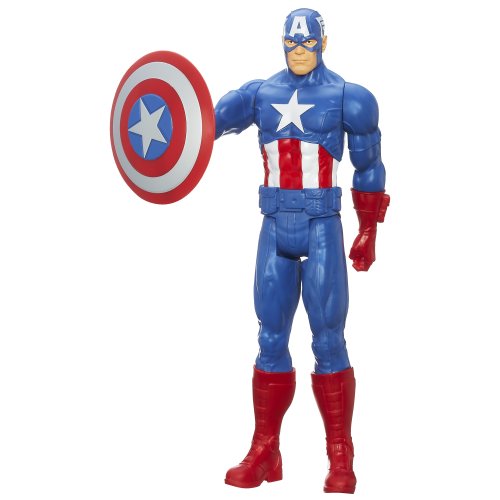 When it comes to action figures for children, Titan Hero knows what they are doing. This Classic Captain America is the perfect example of that. This is one is an absolute bestseller. It has more than 100 5-star reviews and it stands 12 inches or 30 cm tall. 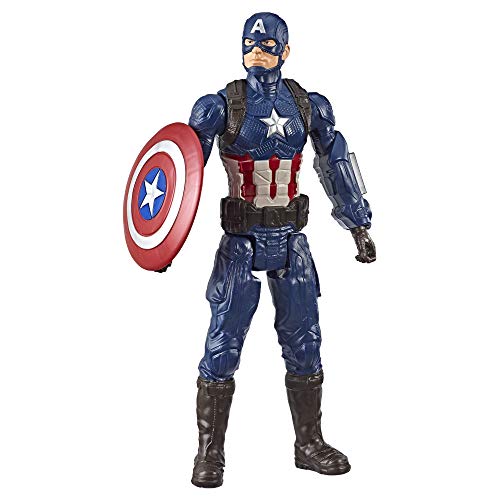 With its 12 inches or 30 cm, this is quite a tall action figure for kids. It shows Captain America in his Marvel The Avengers costume. This Captain America is even able to make sounds and say phrases. But you will need the Titan hero power FX launcher but this is sold separately. 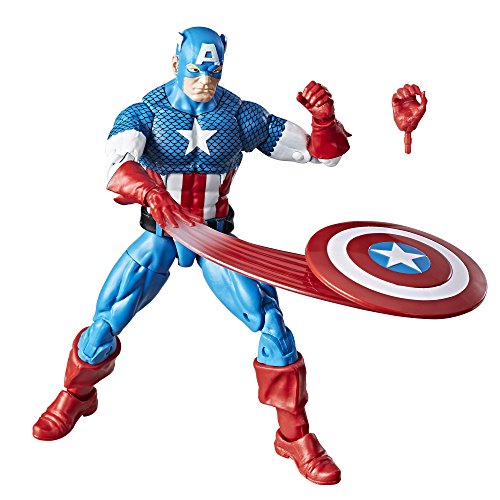 This Retro Captain America action figure comes in a very cool classic package. It stands around 6 inches or 15 cm tall. It includes the shield that looks like it is being thrown towards his foes. You can also always change the shield for a hand which is also included in the pack.

The Square Enix Captain America action figure is not for kids. The price varies around $150 which is quite expensive. But definitely a must-have if you are a Marvel or Captain America collector. The people at Square Enix really know what they are doing and the craftsmanship is just excellent. It even comes with a display stand so you can easily set it up anywhere you want.

The SH Figuarts action figures are just beautiful. The amount of detail is just exceptional. Their price range is also around $150 so like the Square Enix just above. This Captain America is super flexible so you can set him up in any you want.

We couldn’t really decide between the two above which one is better because we just love them both. 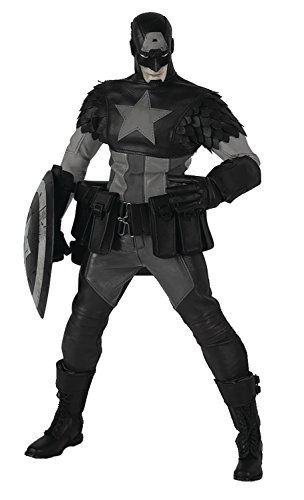 This Night Mission Captain America was designed by Ashley Wood and it is something you probably haven’t seen before as it is an imported action figure. It is fully customizable with 30 points of articulation. If you are true Captain America collector, you can’t pass on this one. Because he will be haunting your dreams until he is part of your collection. 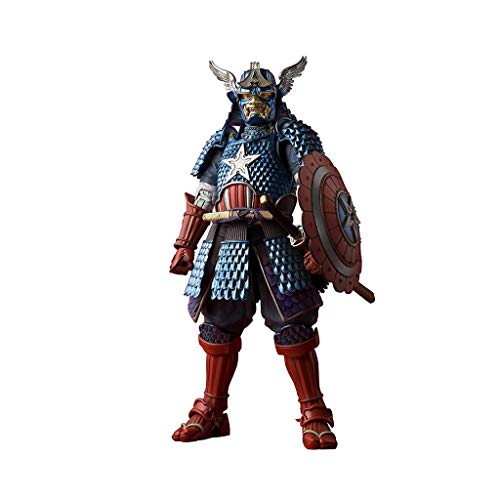 out of stock
Check it out

Another very special Captain America is this Samurai version. You won’t encounter these often as they are imported from China. The action figure is made out of PVC and the details are just brilliant.

So these are the best Captain America action figures according to us. If you are looking for a gift for a child, you should go for the Titan Hero. For adults, we recommend the Square Enix or the SH Figuarts. They both are just amazing. Looking for that special one to enrich your collection, go for the Night Mission Captain America.