What are the Best Spider-Man Action Figures? We took a look and this is what we found for young and old Spider-Man fans.

But for those who don’t know Spider-Man. In August 1962, the world got to know our friendly neighbourhood Spider-Man. From that day, the world was in love with Spidey. What makes Spider-Man so special? Well, he is seen as your average Joe but then incredibly smart. Everybody also loves his sense of humour. Even when he is in a tight spot, he still has time to make a snarky comment. 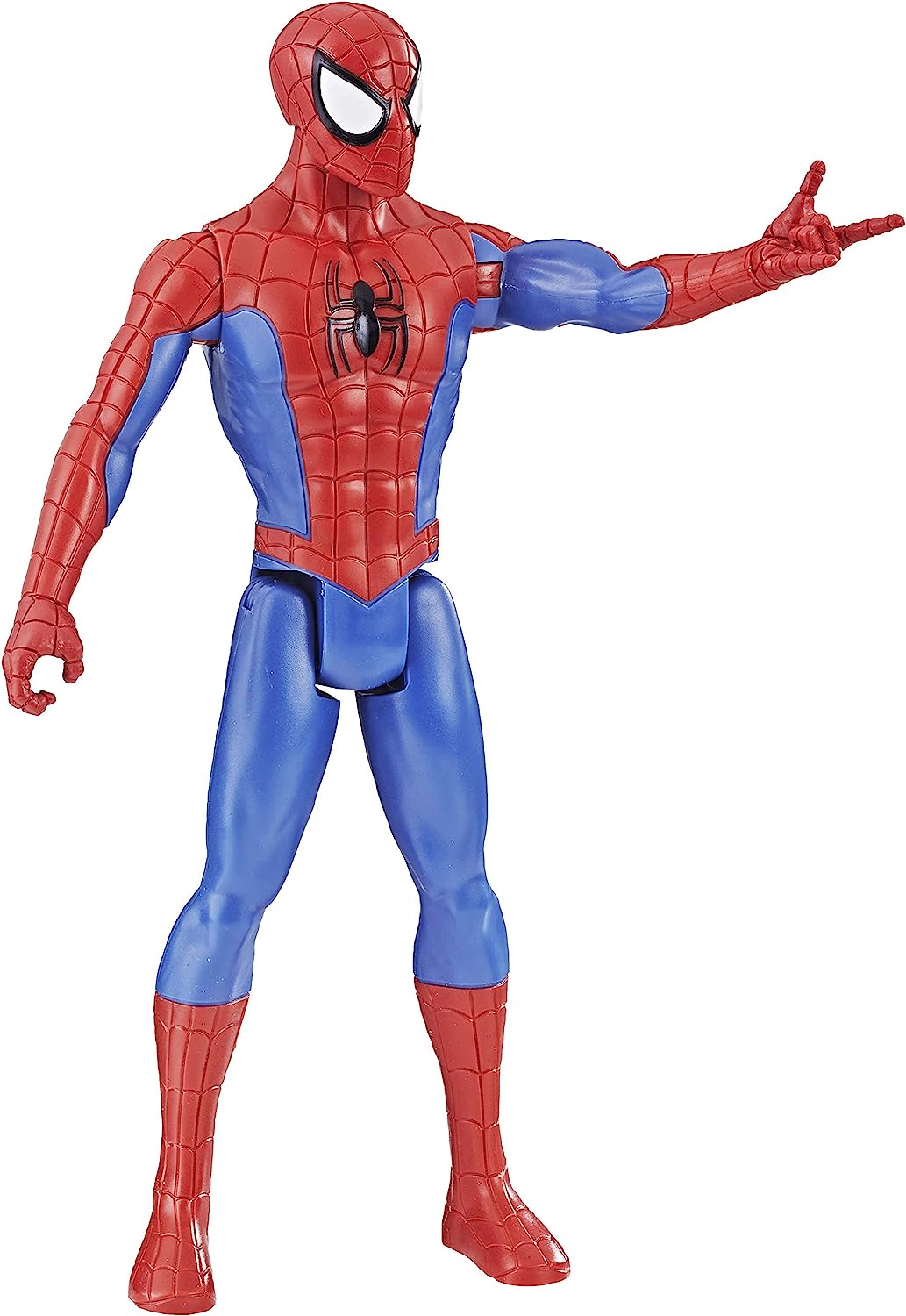 If you’re looking for your kid’s first Spider-Man action figure, we would recommend this one. The price is around $8 and it can certainly take a hit. This figure is around 12 inch or 30 cm which is quite tall. We advise it for kids for ages 4 and up.

If your son or daughter just saw Spider-Man: Into the Spider-Verse, they probably would prefer this action figure. It is the same as the Classic Spider-Man to the left. Both action figures also have a nice extra but you will have to buy that separately. You can connect these action figures to the Titan hero power FX pack to activate sounds & phrases to make it more interactive. 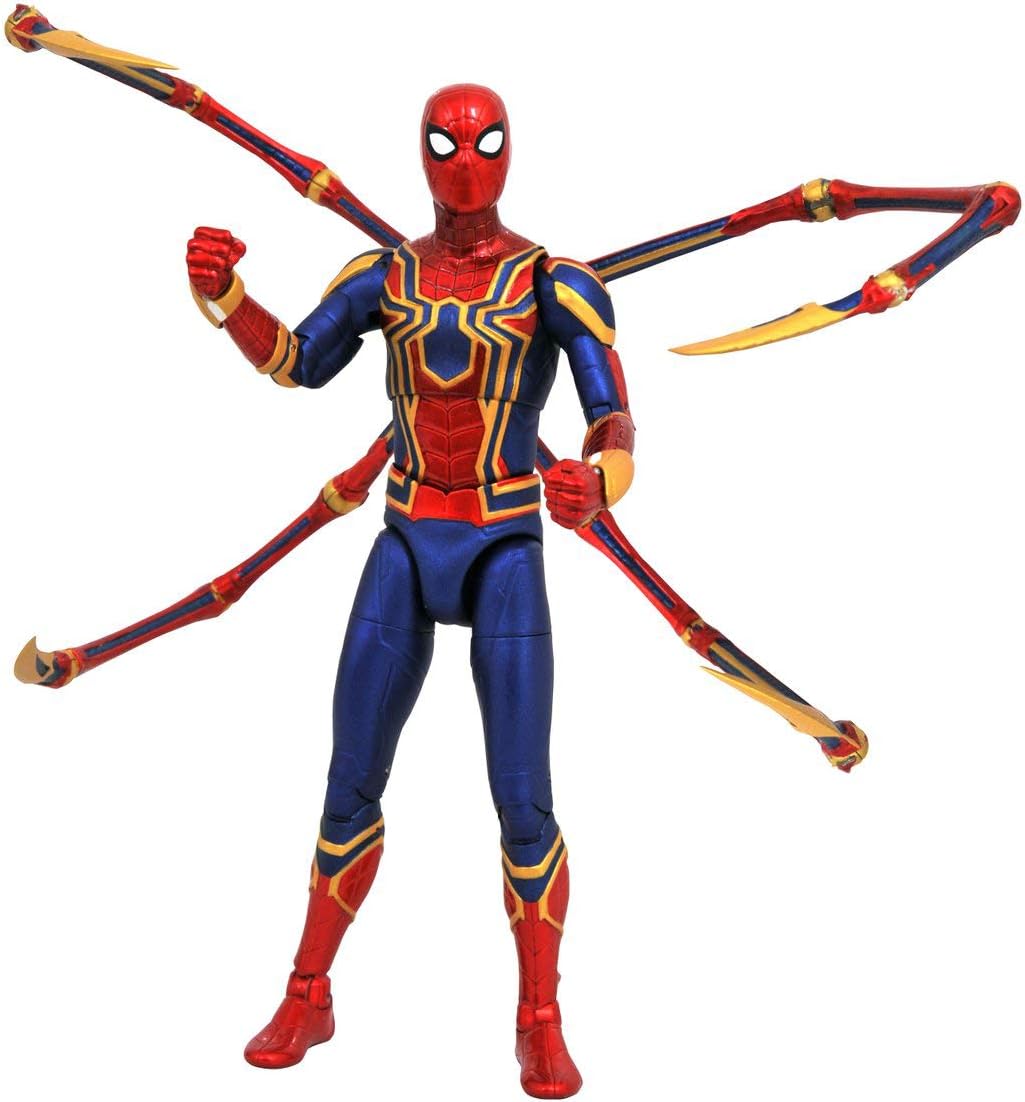 This Spider-Man Action Figure is based on The Avengers: Infinity War movie. The action figure is almost completely customizable as it has 16 interchangeable parts and accessories so the amount of combinations is endless. This Iron Spider stands around 7 inches or 17 cm tall. Now, you only have to decide if you want to take it out of its box… 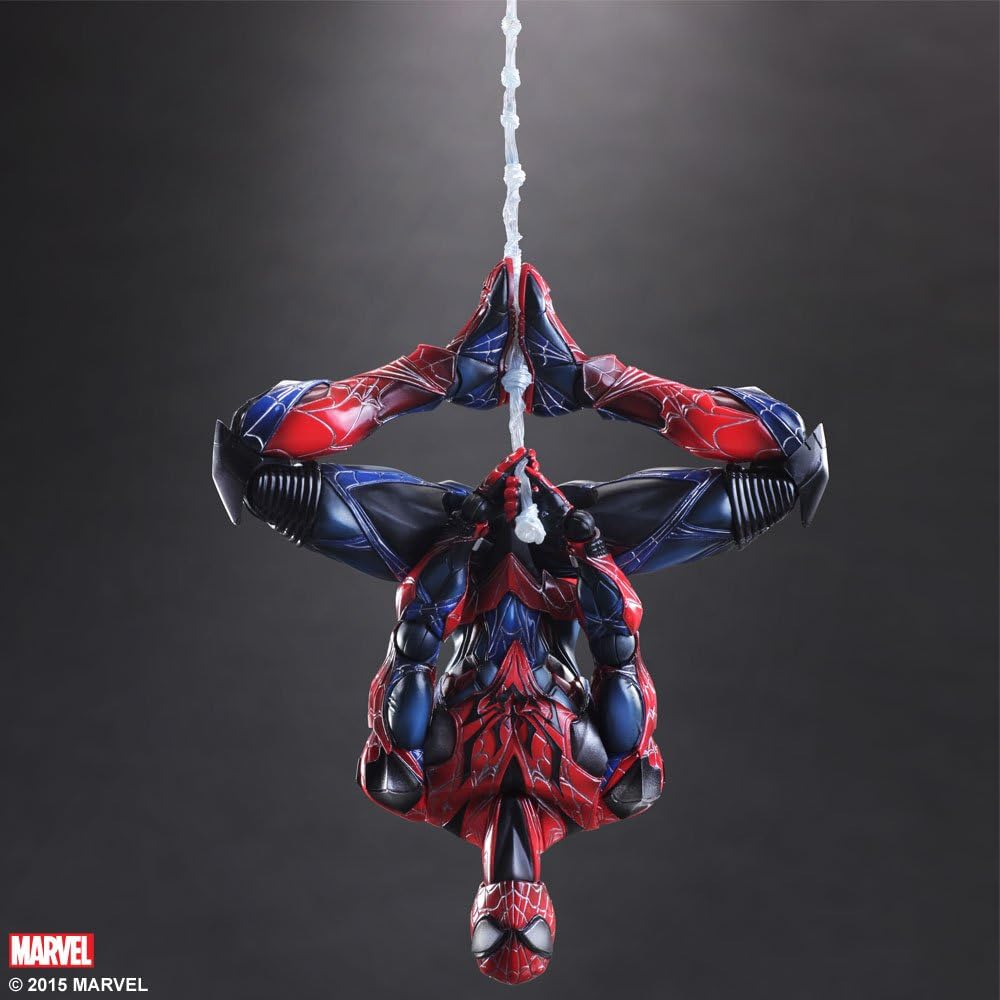 The Square Enix action figures seem to be a hate it or love type of action figures. I can only say that we absolutely love them. The amount of detail is exceptional and this is really for adults. It doesn’t have that cheap childish look. The Square Enix Spider-Man Action Figure even has various interchangeable handpieces. But what we love the most is that you are able to display it doing the signature upside-down dangling pose! It is also available in a very stunning black version.

The Tamashii Nations Spider-Man Action Figure is one of the most flexible Spider-Man Action Figure that we have come across. You can probably replicate any pose that you can think of. It measures around 5.5 inches or 14 cm. This Iron Spider Suit is also very customizable as it comes with interchangeable hand parts, 3 spider web effect parts and 3 types of eyes. To top it all off, you also get a stage with The Avengers: Infinity War logo.

We really love this Spider-Man Homecoming Action Figure and it seems we are not the only ones. Also, the reviews are just perfect. The amount of detail on this Spider-Man action figure is just amazing. It also has 30 points of articulation so it is fully customizable. This Spider-Man stands around 6 inches tall or 15 cm.

If you desire a Spider-Man Action Figure with a twist, you should have a look at this Samurai Spider-Man Action Figure from Tamashii Nations. It is an imported action figure so they will become quite rare over time. It is highly customizable as it includes interchangeable hands, Japanese katana set, and Kagawa webhook set. It is also available in a very cool black version.

If you are looking for the best Spider-Man action figures: for kids, you can’t go wrong with the Spider-Man Titan Hero Action Figures. For adults, we would really recommend the Square Enix action figures. They are just super cool. Looking for that action figure that has that something extra. We would go for the Samurai Spider-Man as you won’t encounter those quite often.