The Elder Scrolls video game saga has been around for a while now. The first game The Elder Scrolls: Arena was already released in 1994. After that multiple games followed and often won a ton of awards. You might know the other games like Morrowind, Oblivion and Skyrim. As the game is a huge success, I really wanted to know what are the best Elder Scrolls Gifts that you can buy right now.

I am really happily surprised with the amount of Elder Scrolls merchandise that is available. You have some really cool stuff like statues, action figures, board games,… So you will for sure find something cool here. 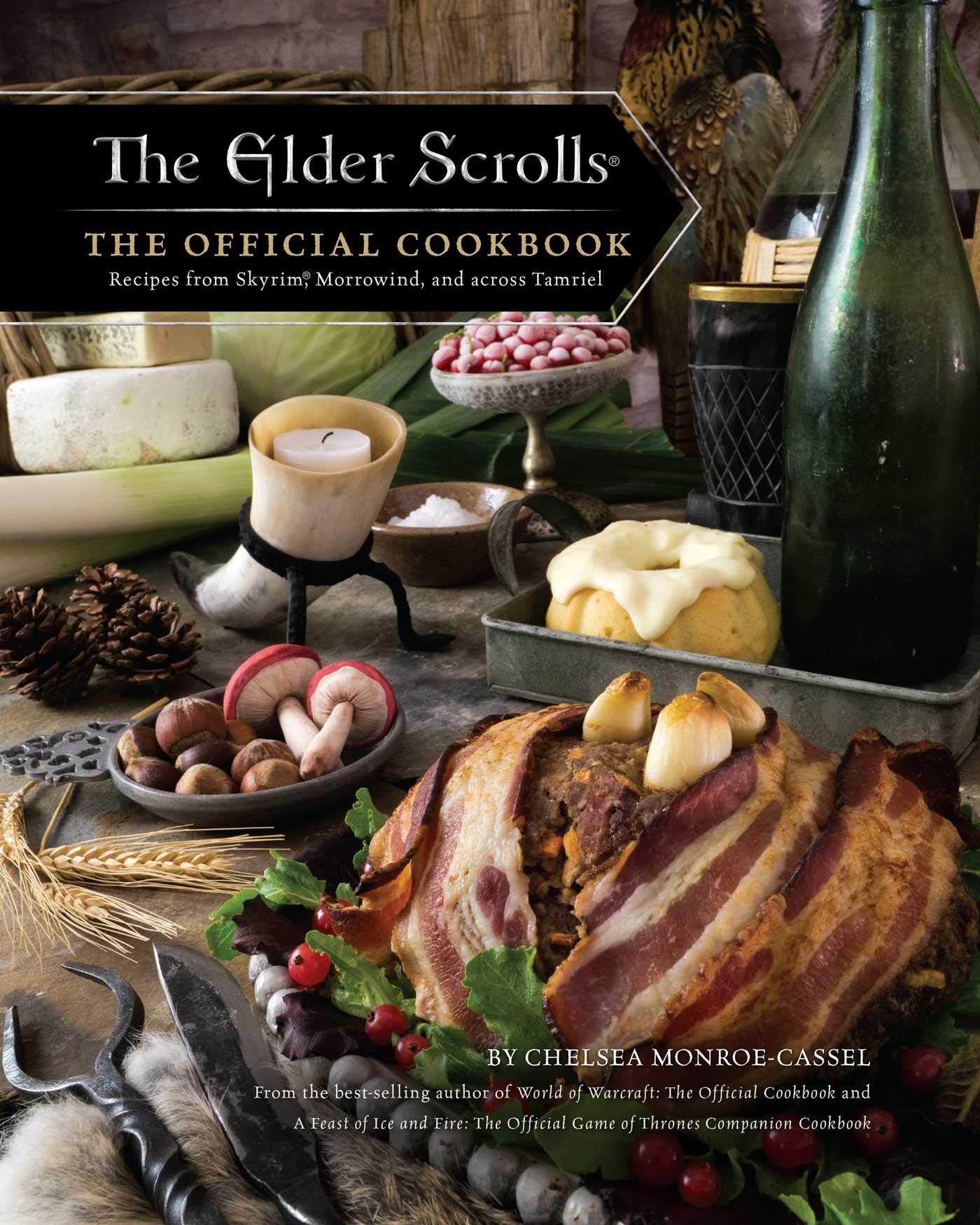 The worlds of Skyrim, Morrowind, and Tamriel have been fascinating gamers since 2002. The detailed open worlds begged for exploration – and during that exploratiion players were exposed to dishes that were tantalizing in their detail. However, until now those players have been denied the chance to enjoy those dishes in the mundane world – but with the release of the Elder Scrolls: The Official Cookbook that has changed. Dishes that appear in the games courtesy of the many cultures and species that populate its rich worlds, including Nords, Bosmer and Khajit can now be prepared at home. With over 60 recipes. This cookbook is the perfect gift for any avid gamer – and provides a wealth of inspiration and talk value for any dinner party. 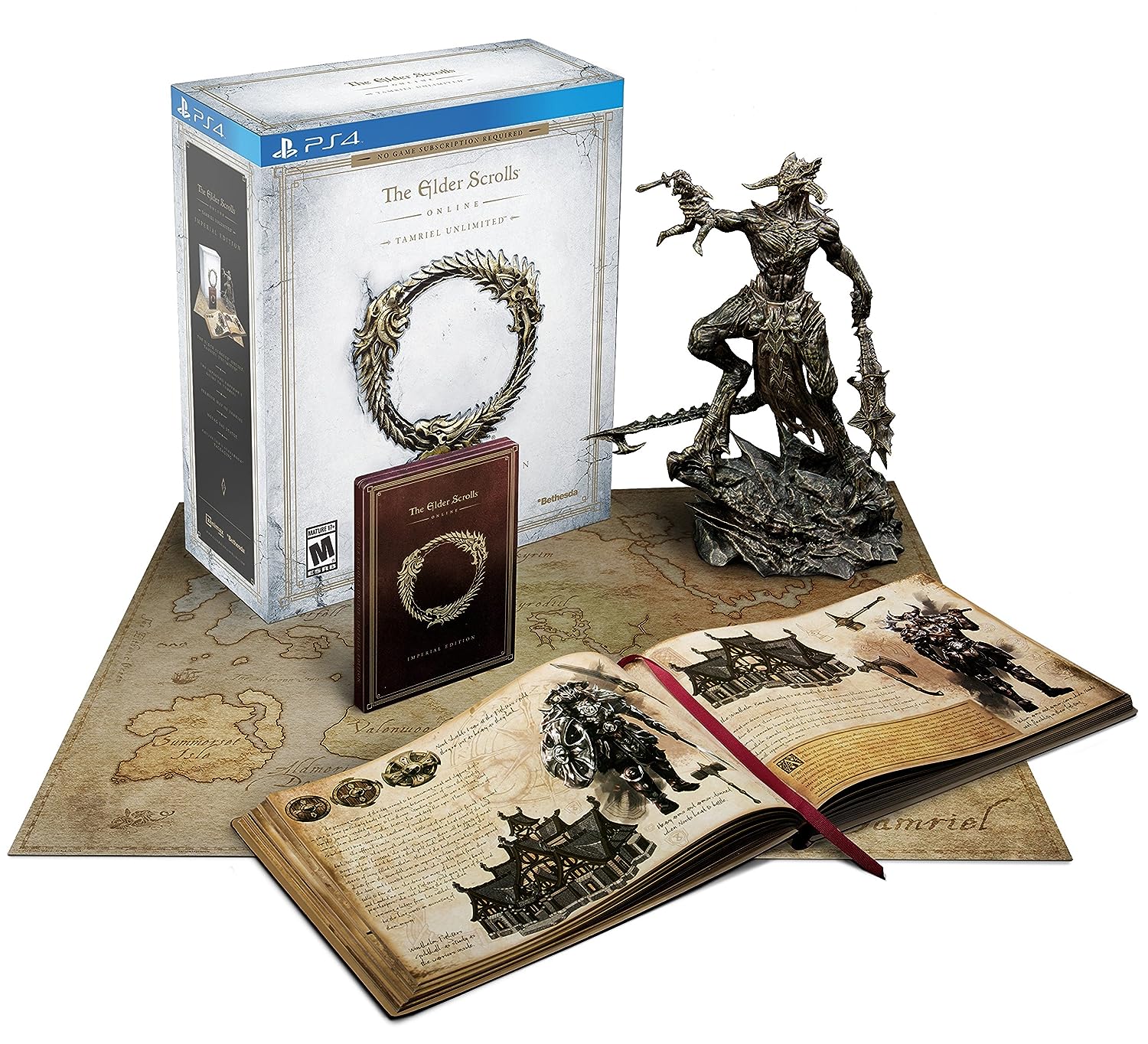 The Elder Scrolls Online Imperial Edition offers a virtually endless adventures streak, without any subscription required. You can choose to play the game just the way you like it. You can choose between craft, battle, fish, siege, steal and adventure. Also, you can play it alone or together with friends in multiplayer mode. With the Imperial Edition of the game, you can rule your world and conduct the fight for Tamriel as you wish. You can choose to play the game by using the disc with your PS4 or buy the digital download and play it online with no need for the disc. 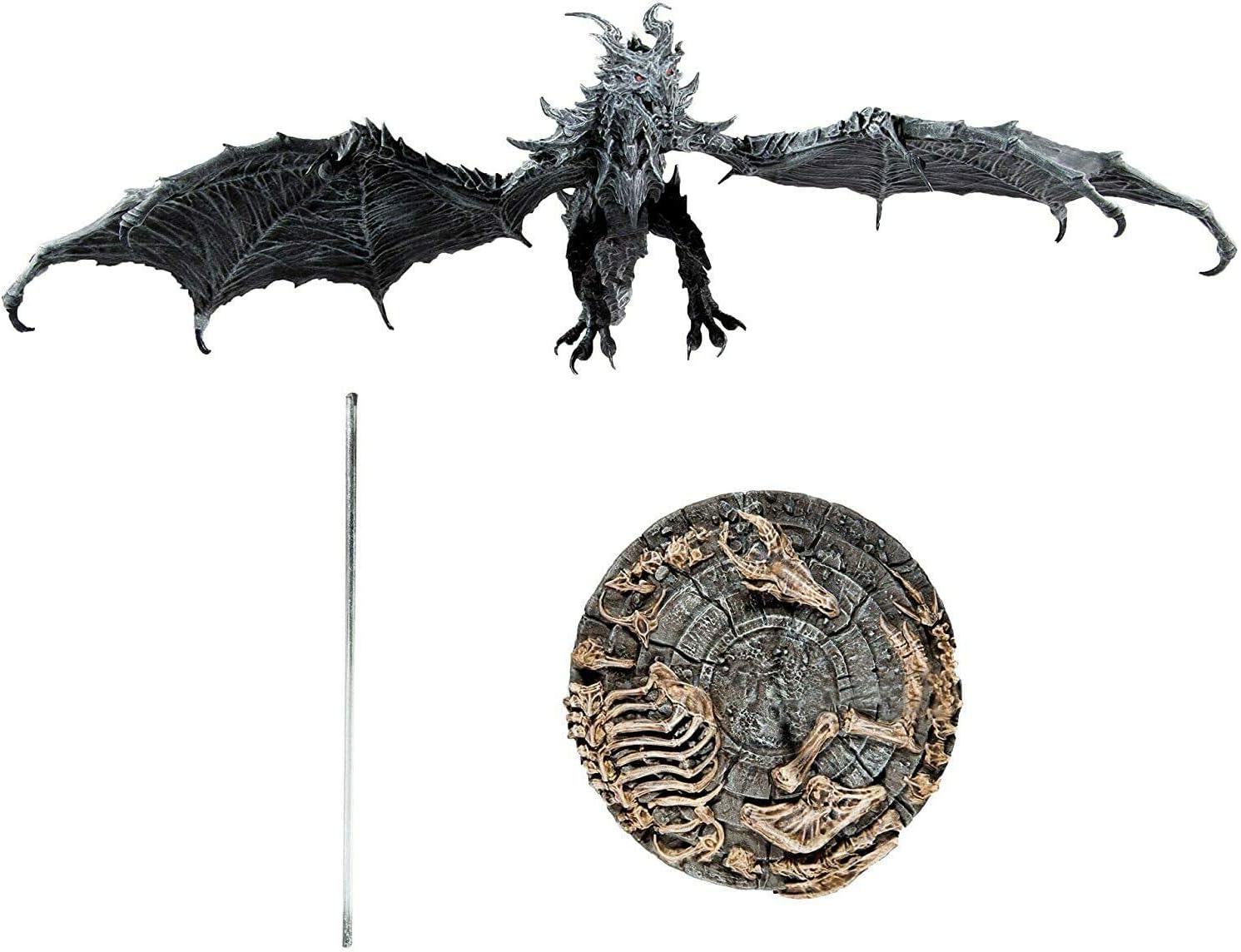 This is a figurine modeled on Alduin, the popular dragon character from the Elder Scrolls V: Skyrim’s Main Quest. The details are impressive, as it looks exactly like the character. You will be impressed with how it looks in person. Other notable features include a bendable tail, as well as a neck, legs and wings, which allows you to customize its poses. Besides that, a dragon mound themed base is include, and so is a flight stand. If you’re a fan of Main Quest and you’re looking to start or add to your collection off characters, then make sure to buy this Alduin figurine.

The Elder Scrolls: The Infernal City 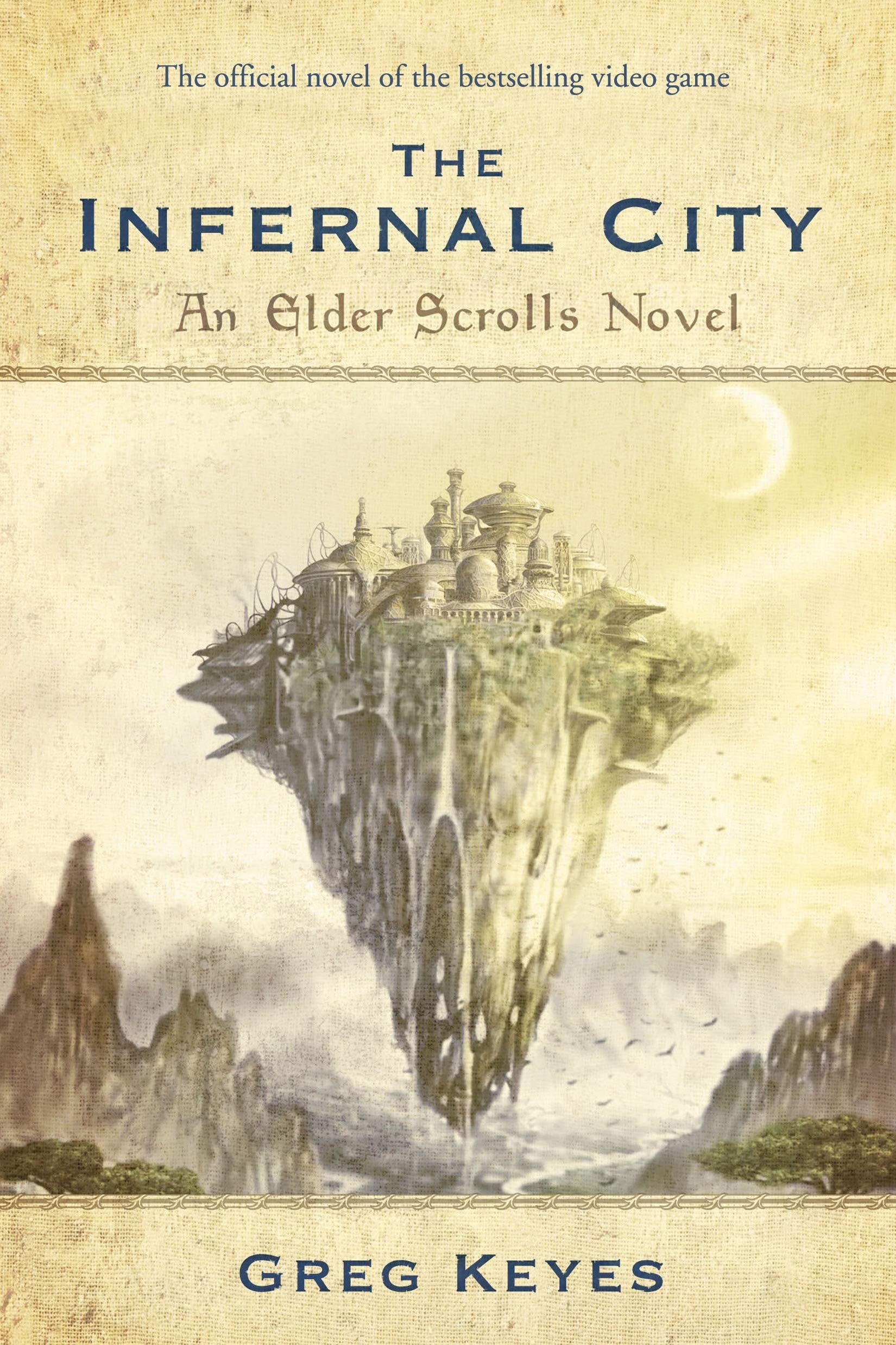 If you’re a fan of The Elder Scrolls IV: Oblivion, you’ll want to read the two novels that continue the story from the game. The Infernal City is the first of these two books and it tells the story of Tamriel. The adventures unfold in the floating city of Umbriel, the place where dead people come back to live and where everything is only a massive conspiracy. Written by Gregory Keyes, science fiction and fantasy author, this book is a fairly good read for an Elder Scrolls fan. The excellent detail and the unexpected twists and turns make this story catchy and unpredictable. 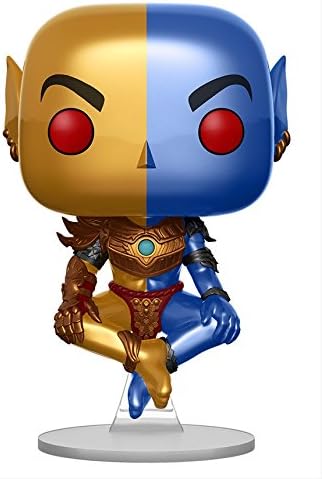 As seen here, the incredible two-tone design of Elder Scrolls Vivec has translated beautifully into plastic form. This is yet another in the long line of Funko Pop collectible figures, but it offers something slightly new given the levitating pose and stark contrasting color scheme. Should you add this figure to any collection, it’s sure to become a real standout. If you’re thinking of grabbing one, it’s best to go ahead and make room in your budget as soon as possible. Once Funko Pops are through with their original run, they can be a bit more expensive to pick up secondhand! 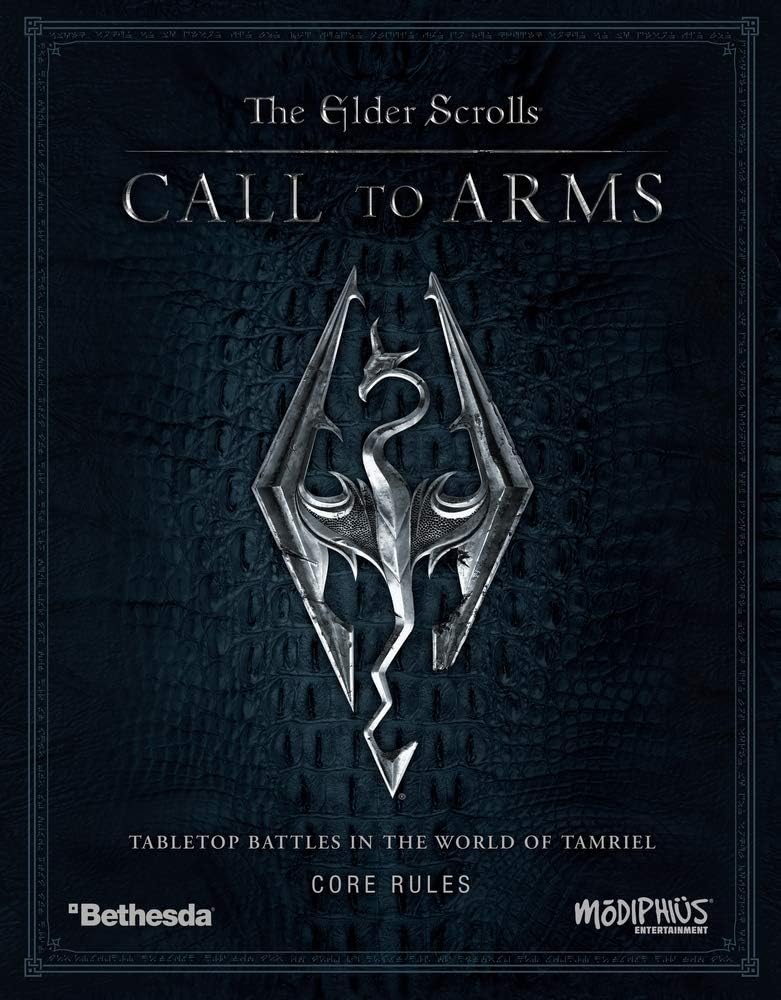 Elder Scrolls: Call to Arms is an exciting board game unfolding in the realm of Tamriel. You can design your personal adventure, whether you want to take a tour of the haunted ruins of Draugr or you prefer to fight the Civil War for Skyrim. The box contains the detailed rules of Elder Scrolls: Call to Arms, as well as the dice and the tokens required to play the game. This is a two-player game, but you can also play it solo, if you can’t get another Elder Scrolls fan to join you. Even though the game doesn’t include also the miniatures, you can buy them separately and paint them yourself. 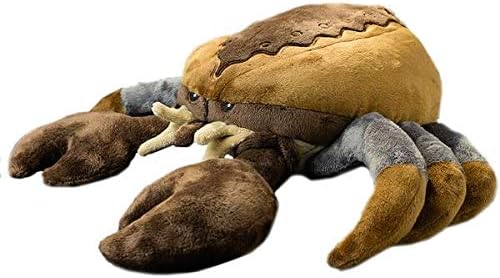 You might think you love Skyrim, but do you “owns a big honking Mud Crab plushie” love it? If so, this is just the toy for you. It wouldn’t seem that the nasty mud crab critters would translate into a cuddly plush toy, but here we are all the same. Coming in at around 15 inches long and 6 inches high, this item definitely makes a statement. You can easily throw it on the couch of your gaming room and simultaneously delight any guest that’s in the know while completely freaking out everyone else! Best of all, each purchase comes with a bit of downloadable content that can enhance any PC version of the game. 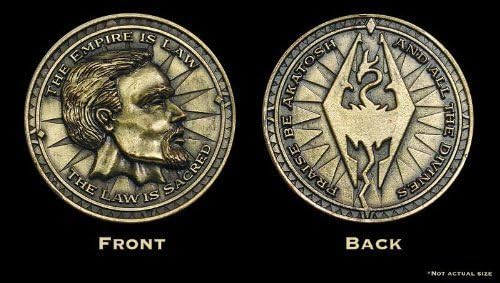 This Elder Scrolls Morrowind Coin is extremely detailed, and it’s from the Collector’s Edition of Elder Scrolls IV Oblivion. On the front the words “Empire is law, the law is sacred” is imprinted, while the back features an etched dragon. This coin is of high quality, as it’s made with zinc alloy, with brass plating. The coin isn’t that big in diameter, as it’s only about 1 1/4 inches, but the thickness is around 3 millimetres. Not only that, but you’ll be impressed with the fact that is has the look and feel of a real coin, so it won’t break on you or become easily damaged.

The Ouroboros keychain features the three dragons swallowing each other’s tales. The brushed metal finish with raised and embossed elements on both sides gives this keychain a premium look and feel, a perfect representation of The Elder Scrolls Online. The three dragon heads are designed with a great attention to detail. The keychain feels solid and sturdy, without being too bulky or too heavy. The coloring of the metal is more on the gold side and it replicates the appearance of antique brass. The Ouroboros logo is 1.5″ in diameter. The chain and the ring add two more inches to the total length of the keychain.

The Moniku Akatosh Amulet key is the ideal gift for Skyrim fans. Made from zinc alloy, the amulet is one of the most sought after Elder Scrolls pieces. It is the exact replica of the amulet in the game and it comes with an adjustable necklace that allows you to wear it in any length you want. The amulet of Akatosh can make an awesome birthday present gift to someone who knows and loves the game. The metal is solid and it looks good. Nevertheless, some users complained that they received a defective copy that broke to soon to be worth it. 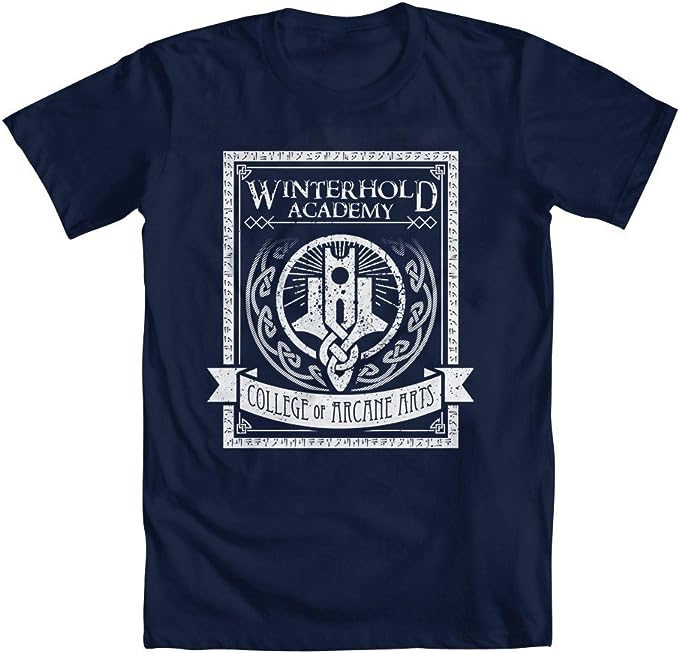 Coming in a wide array of colors, the Winterhold Academy Shirt is a joy to behold. It offers a 100% cotton finish with super-soft designing to ensure the experience is a good one as soon as it is put on. With this sleek, cutting-edge design, the t-shirt is perfect for those who want to showcase their love for the brand. Whether it is green, red, or blue, this is a shirt that looks great, feels amazing, and has all the qualities necessary from a new-age t-shirt. If the goal is to find a picture-perfect t-shirt, this is the one to go with. 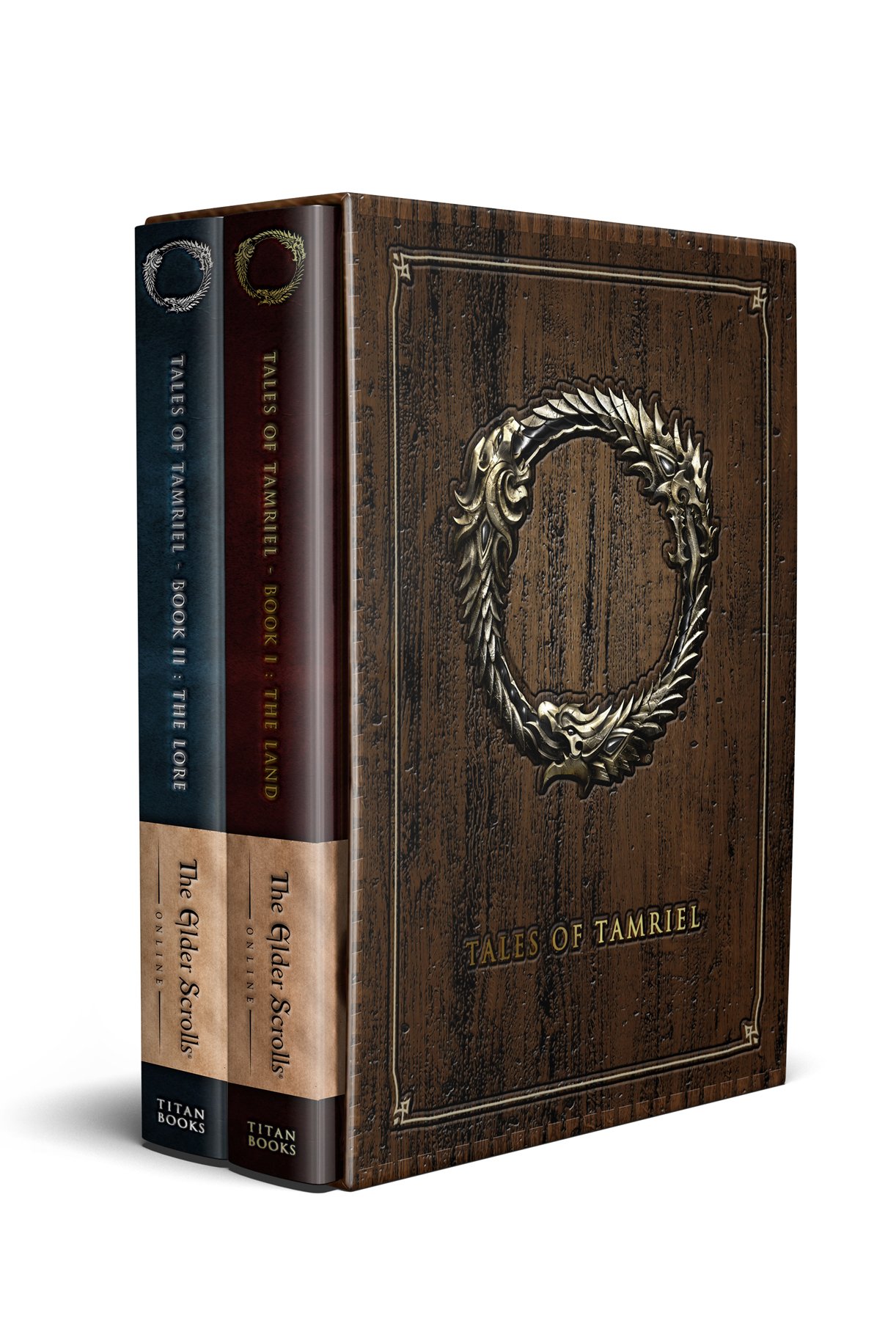 The Land and The Lore are the two Elder Scrolls Online books all fans of this game will want on their bookshelves. The two books, “Tales of Tamriel: The Land” and “Tales of Tamriel: The Lore,” come as a bundle, in a beautiful slipcase box. The textured print, the faux leather hardcovers, and the thick glossy paper, as well as the countless illustrations inside add value to these books. Even though the lore isn’t 100% identical to Skryrim, Oblivion, etc., the books contain a lot of information from the game. Any fan of the series would be thrilled to own and read these novels. 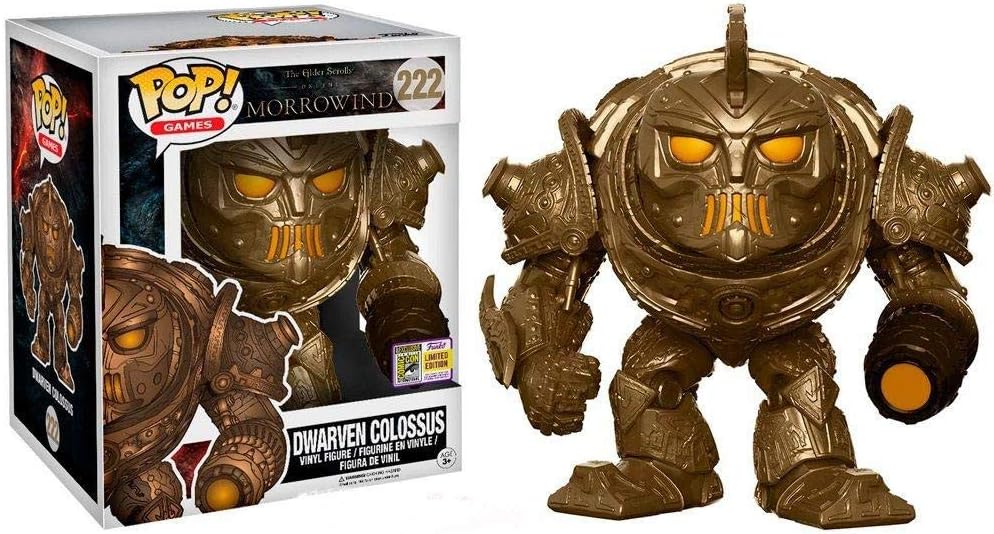 If you’re a fan of Funko Pop figures you’re sure to love just about any standard release, but it’s hard to deny that some of them feel a little bit “by the numbers” once your collection has really grown in size. Just when you think you might be done however, they throw curve balls like the incredible Dwarven Colossus Pop figure into the mix. This is a “supersized” toy that more accurately captures the massive scale of this particular character from the game, and its sculpt steps out of the comfort zone of the standard buck that most normal figures use. This guy is perfect for anyone that’s either hoping for something a little more innovative from Funko or simply more selective in their collectible purchases. 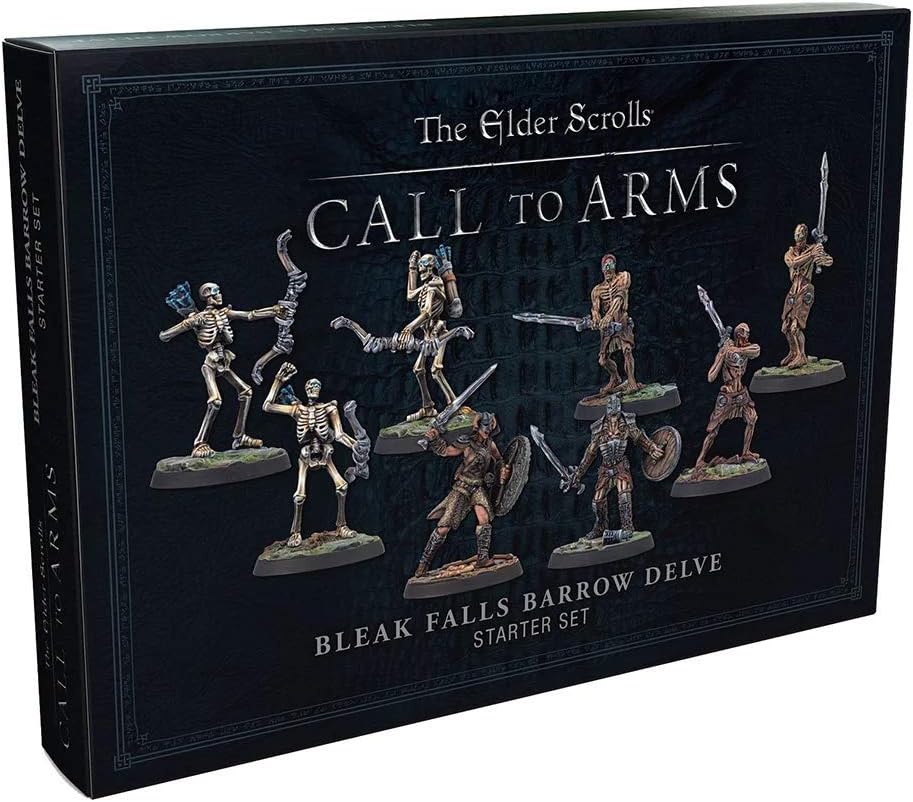 The game allows you to traverse the Elder Scrolls’s world. The Dragonborn uses her iconic weapons and armor to delve into the ancient Nord caves and barrows, and the Dhovakin is facing the keepers, who are undead, of forgotten ruins and tombs. The creaking skeleton archers and the immortal Draugr Warriors using greatswords oppose the Dragonborn. The Draugr Overlord, who is one of the most formidable enemies of the Dragonborn, leads both the skeleton archers and the immortal Draugr Warriors, and he protects the secrets of his resting place jealously. However, the figures of the game are not painted, but they look pretty cool. 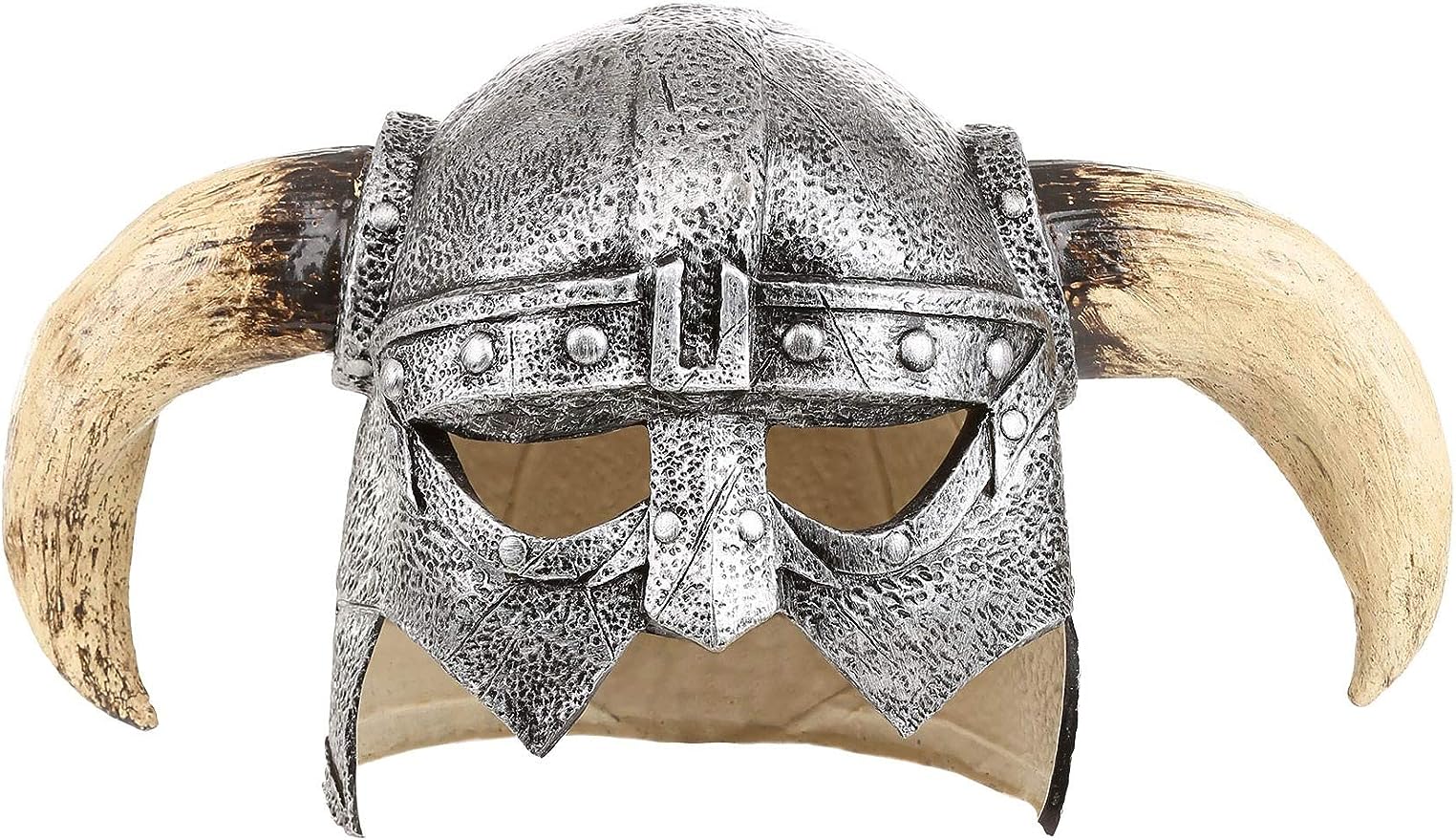 This Dovahkiin Helmet Mask is a fun way to honor your love of the eternally alluring Skyrim. It pays tribute to perhaps the most ubiquitously known piece of armor in the entire game. Despite its availability for what is essentially a small budget price, it nails the look quite perfectly. The quality is also admirable; it will stand up to a little bit of wear and tear and you can brandish it comfortably for many hours. If you’re feeling up to it, you can even rock this when you launch into your next play session. Just to be careful with all the “Fus Roh Dah!” chants; you wouldn’t want to upset the neighbors!