If you’re looking from some really great Superman gifts. You should for sure, check out these Kotobukiya Superman Statues. Kotobukiya stands for great quality and an impeccable amount of detail on the statues themselves. Be sure to also check out the Kotobukiya Batman statues, as they are brilliant as well. 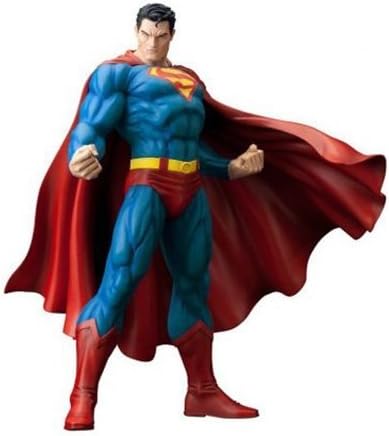 The statue displays Superman standing tall in one of his iconic heroic poses with legs apart while the hands balled into fists. The poses show a vigilant man ready to deal with threats and his angled head leaning to the side while bringing out his powerful physique. Apart from being iconic, this statue is built to stay firm and retain its form for years to come. 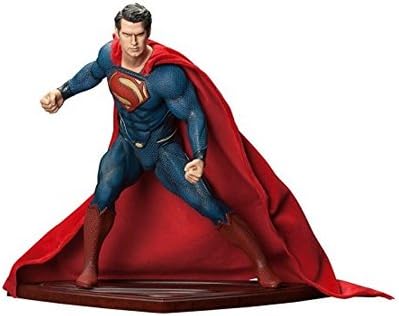 The Kotobukiya Superman Man of Steel ArtFX Statue comes as a highly detailed sculpt which portrays the design and look of Superman’s outfit. It captures the power and energy of the movie hero in an incredible presentation. On this statue, the Superman poses straight out as seen in the movie trailer while also half crouching with the arms curled and his fist clenched.

As a 1/6 Scale Statue, the Man of Steel himself stands approximately 10.5 inches tall. The best part about this statue is, it comes with a posable cape in which you can shape or mould into nearly any position. On top of that, Superman’s suit on this expertly recreated statue is intricately sculpted so that it captures all the subtle textures. It’s quite impressive. Its georama base and the dynamic Superman pose create an illusion that the hero is captured mid-flight. The arm is raised to show a devastating blow. Every detail on this statue portrays something the character shows in the movie. With the icon having a 1/10 scale, it’s able to set out all the features of the man of steel. It’s a great addition to any counter, tabletop, or shelf. 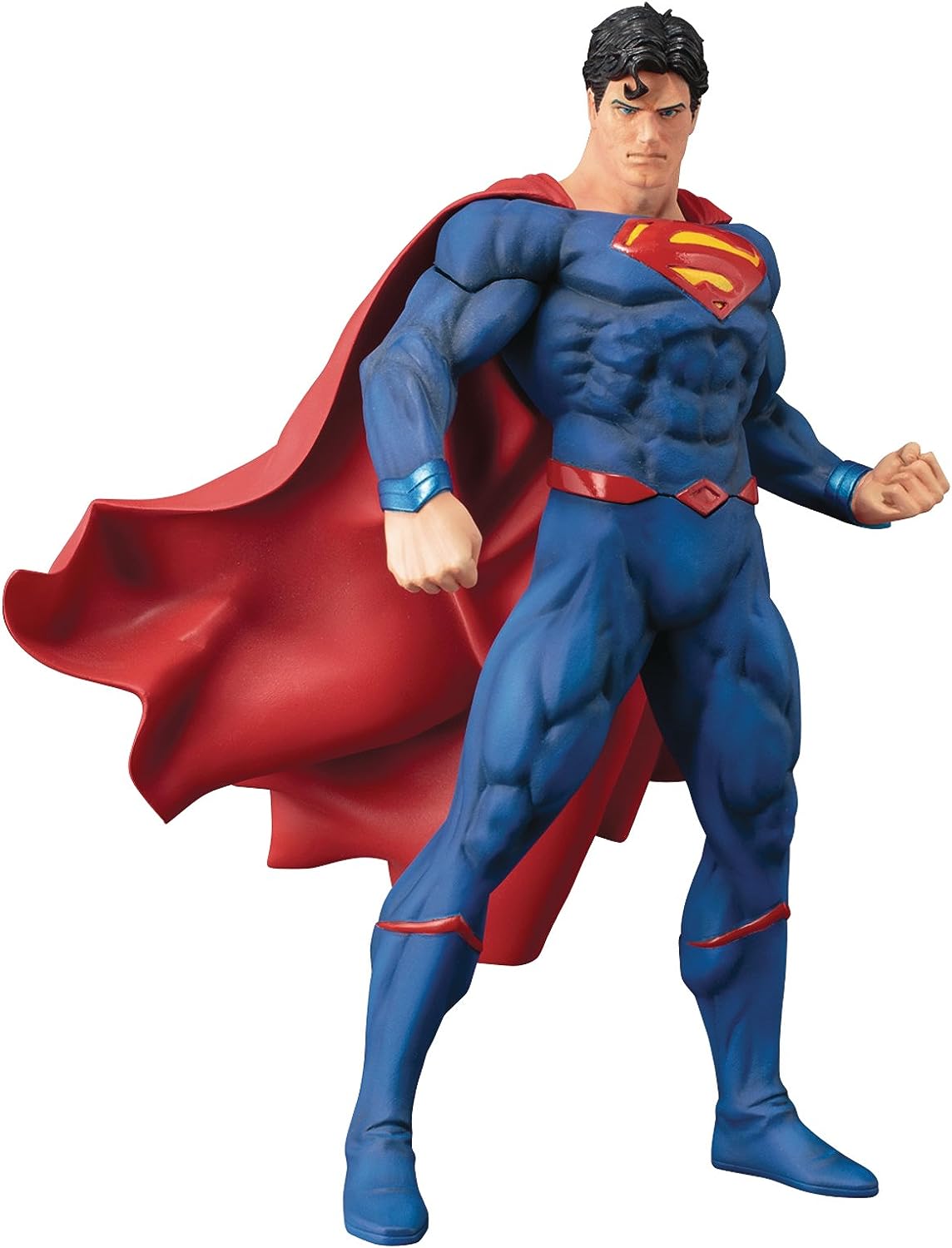 The Kotobukiya DC Comics Superman Rebirth ArtFX+ Statue comes as an ARTFX+ sculpture that’s based on characters in DC Comic Rebirth Re-launch. Superman here looks fantastic in the new costume. The costume features a fused blue outfit and fabulous looking matching boots. He is also having his customary cape and the S-shaped shield.

As a highly detailed sculpt, this statue brings out Superman’s rippling physique to life. All that and much more are held by the 1/10 Scale Display alone. As a top-quality statue, this sculpt is a great gift to the Superman Rebirth Movies and also a decoration piece. As an imported Japanese art, it does feature top-quality construction that offers it the best durability.

The Kotobukiya Superman New 52 “DC Comics” ArtFX + Statue is a high sculpture displaying the muscular body physique and power of Superman. The statue shows Superman standing in a classic and heroic pose with his feet spread apart and the fists held in a tense manner. The intense face look captures the exact Kryptonian focus and drive.

It also displays his intricately sculpted muscles which show he has the power to back it up. Every detailed portrayed here brings out the character and the fashion of the Superman, saviour of the earth. The costume sculpted here also shows the iconic signs like the S-emblem, his textured indestructible suit, the technological belt and lastly the matching boots.