I still remember as it was yesterday, the first time I played Street Fighter. What a revelation! The first Street Fighter game, came out in 1987 and in those days, games were still very simple. You could do three punch attacks, three kick attacks and three special attacks each varying in speed and strength. I’m still a fan to this day and I’m always on the look out for some good Street Fighter gifts or merchandise.

Today Street Fighter is still quite popular, not as much as it you used to be but still you can find some really cool Street Fighter merchandise if you put your mind to it.

If you like Street Fighter like me, you probably want to check out my guide on Mortal Kombat Gifts as well. 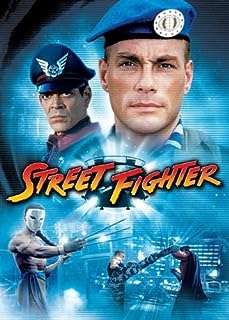 If you’re in the mood for a throwback that’s an absolute blast to quote and cringe along with, Street Fighter The Movie is one of the finest choices you can make. As Hollywood scrambled to cash in on the fighting game craze of the early to mid 1990s, this oddball of a martial arts gem stumbled its way to the silver screen in 1994. The film was a moderate monetary success despite a lukewarm reception from critics and gaming fans alike. Now, it lives on as a tongue-in-cheek, irony-tinged guilty pleasure. With its strange story and casting choices (i.e. the Belgian Jean-Claude Van Damme as the American Guile), hammy choreography and special effects, and a legitimately riveting performance from the late Raul Julia as M. Bison, Street Fighter The Movie is a one-of-a-kind romp that you really have to see to believe. 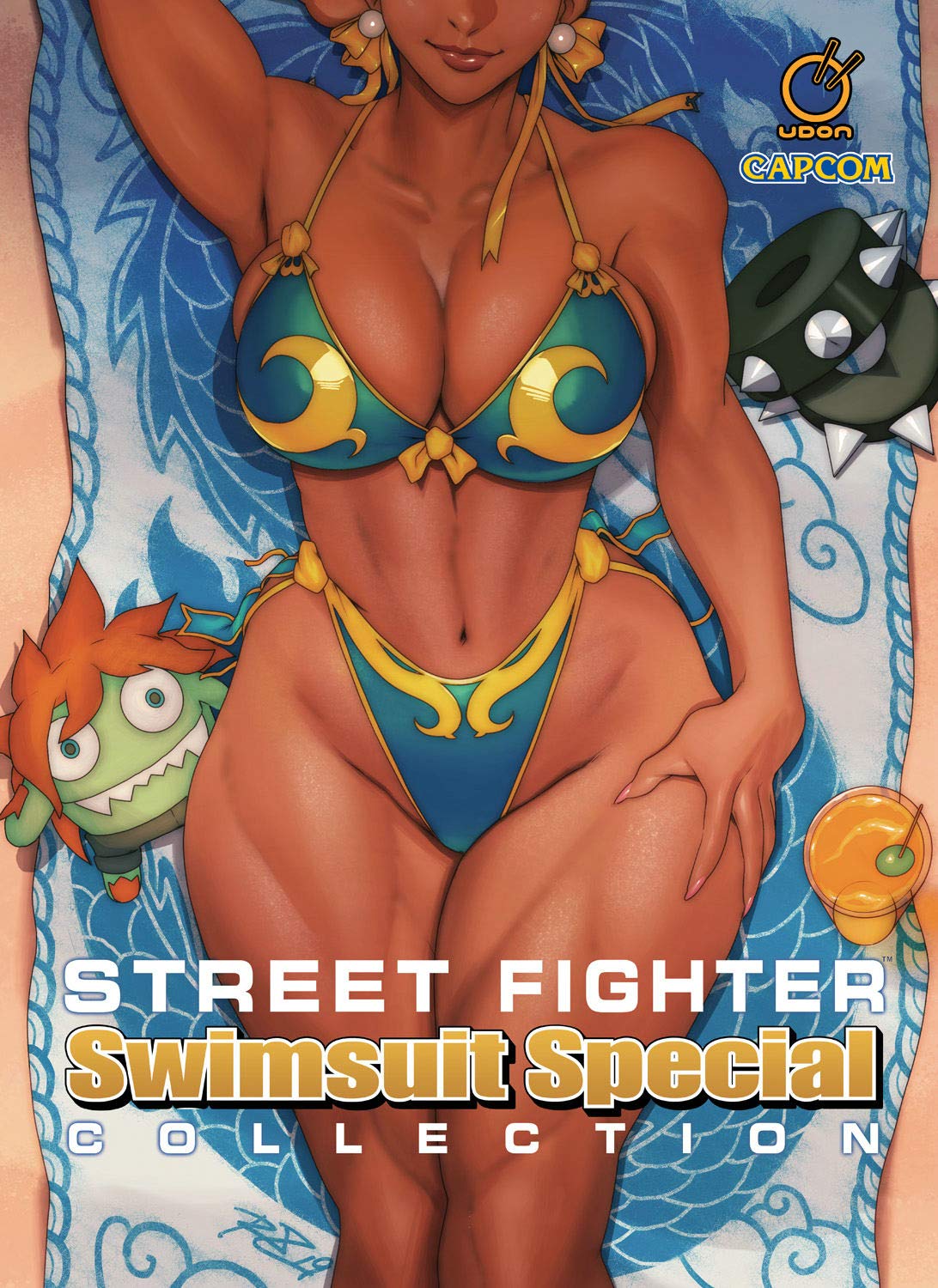 The Street Fighter series has long been synonymous with dazzling character portraits and conceptual artwork that can easily draw the attention of viewers time and time again. Successful artists and designers like Joe Madureira and a litany of others cite the illustrations of Capcom (and those in the SF series especially) among their top influences. You can see the fruits of this in full display with the Street Fighter Swimsuit Special Collection, an oversized 136 page book full of beach-centric, sun-soaked drawings from UDON Entertainment artists that know the franchise inside and out. Though teetering on overtly risqué for many of the female portraits, it’s all in the name of good fun. If you’re interested in Street Fighter, comic books, or fantastic illustrations in general, this book is well worth a look. 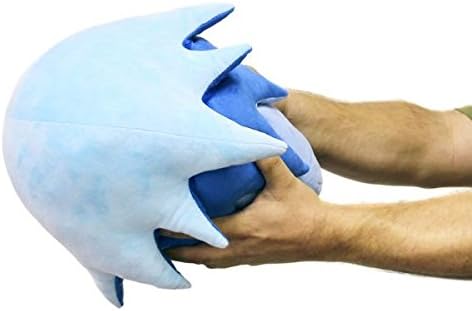 Classic fighting video game fans will recognize this plush as the iconic stuffed doll presentation of the Hadoken Fire Ball. It mimics Ryu’s specialized attack from Street Fighter and easily blends into any collection or cosplay enthusiast’s costume. This is a legal and officially licensed product from Multiverse Studio Inc. Many will consider this plush a limited edition release while its value will only go up in coming years! Measuring 12 by 14 inches, this Hadoken plush is the perfect size for any fan or enthusiast to carry or display. The detailed craftsmanship and solid materials ensure that it’s a worthy collectible for many years to come. 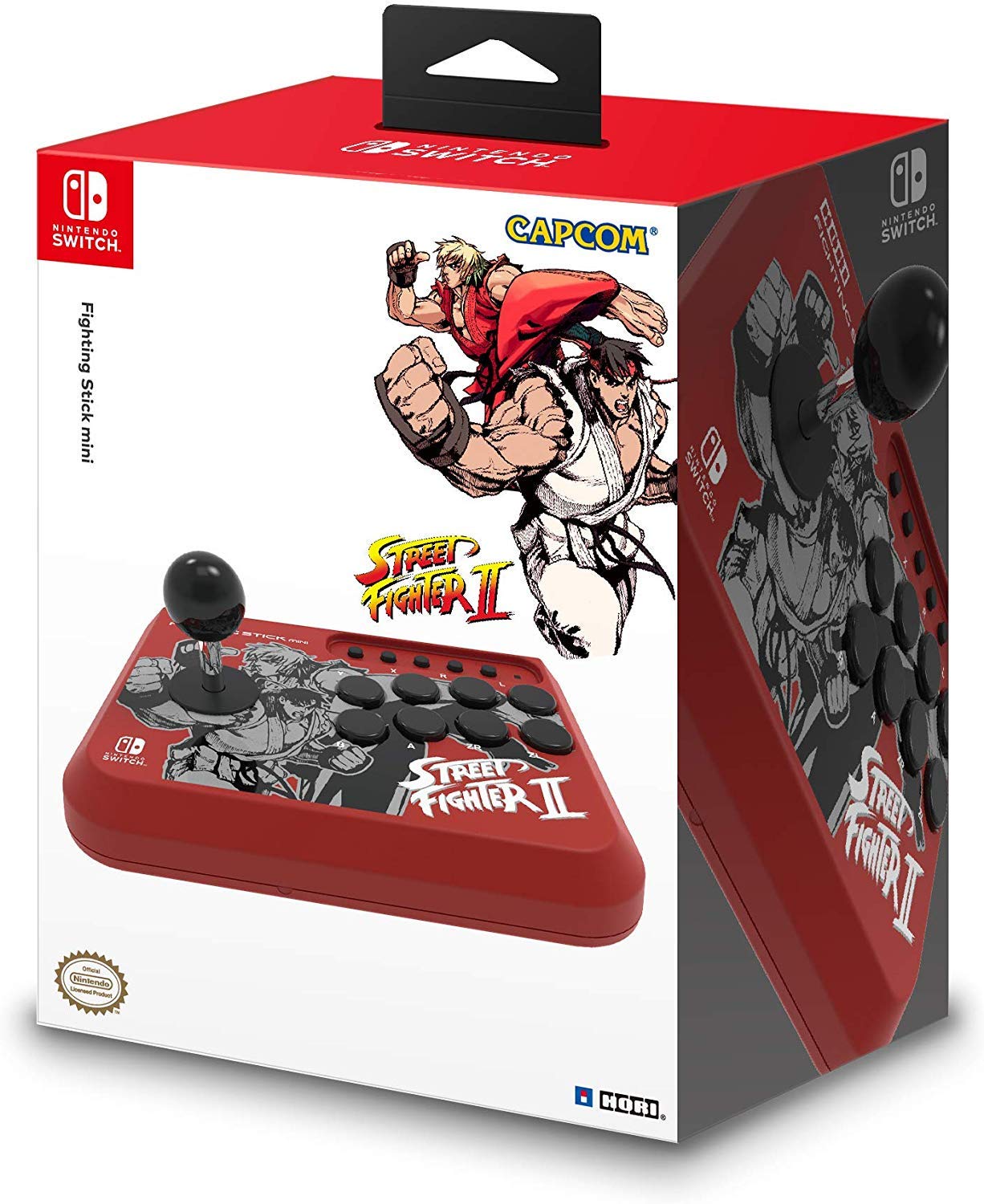 If you want to accurately replicate the old-school arcade vibe right in the comfort of your living room, standard console gamepads just aren’t going to cut it. Systems like the Nintendo Switch have plenty of ports and collections of classic older titles, but it can be hard to get into the proper groove with the default controller. That’s especially true of fighting games! Fortunately, that’s precisely where the Nintendo Switch Street Fighter II Mini Fighting Stick comes in. This peripheral is manufactured by the engineers at HORI, a name synonymous with quality in the arcade stick world. If you want a portable yet authentic means of playing Switch titles like Street Fighter 30th Anniversary Collection, this is surely the way to go. 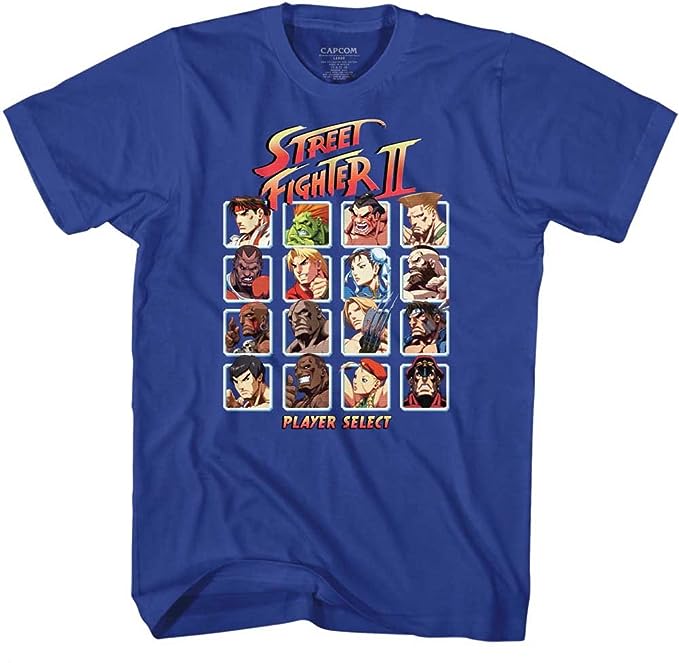 In the world of fighting games, there are few pieces of imagery more iconic than the selection menu. With its bright cast of characters and legendary status throughout the arcade era and beyond, Street Fighter has perhaps the most memorable character select screen in all of gaming history. With this high quality, comfortable graphic tee, you can literally wear your love for the world renown button masher right on your sleeve. This is a must-have for any die-hard fan, and it also makes an excellent gift for any retro gamer that still pines for the quarter-munching arcade scene of yesteryear. 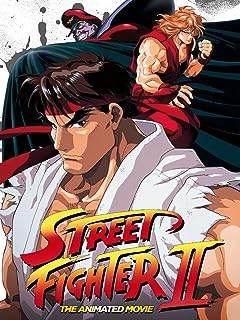 Street Fighter II: The Animated Movie is the quintessential piece of fiction for Capcom’s most revered cast of fighting game characters. With flashy animation and designs, a soundtrack brimming with angst-ridden hard rock and metal, and kinetic fight choreography, this is mid-1990’s action anime at its peak. The plot revolves around the power-hungry M. Bison’s decidedly evil Shadaloo organization as they seek to control talented fighters such as the game series’ central protagonist Ryu. Fan favorites Ken, Chun-Li, and Guile round out the main cast, but all playable SFII characters are featured in some form. Released at the height of the arcade title’s popularity, Street Fighter II: The Animated Movie serves as a must-see celebration that has long since garnered cult-classic status. Whether you’re a video game loyalist or merely interested in fighting-centric anime titles, there is sure to be something here for you. (Be wary of the film’s adult content however; despite being animated, this is not suitable for children without considerable parental discretion.) 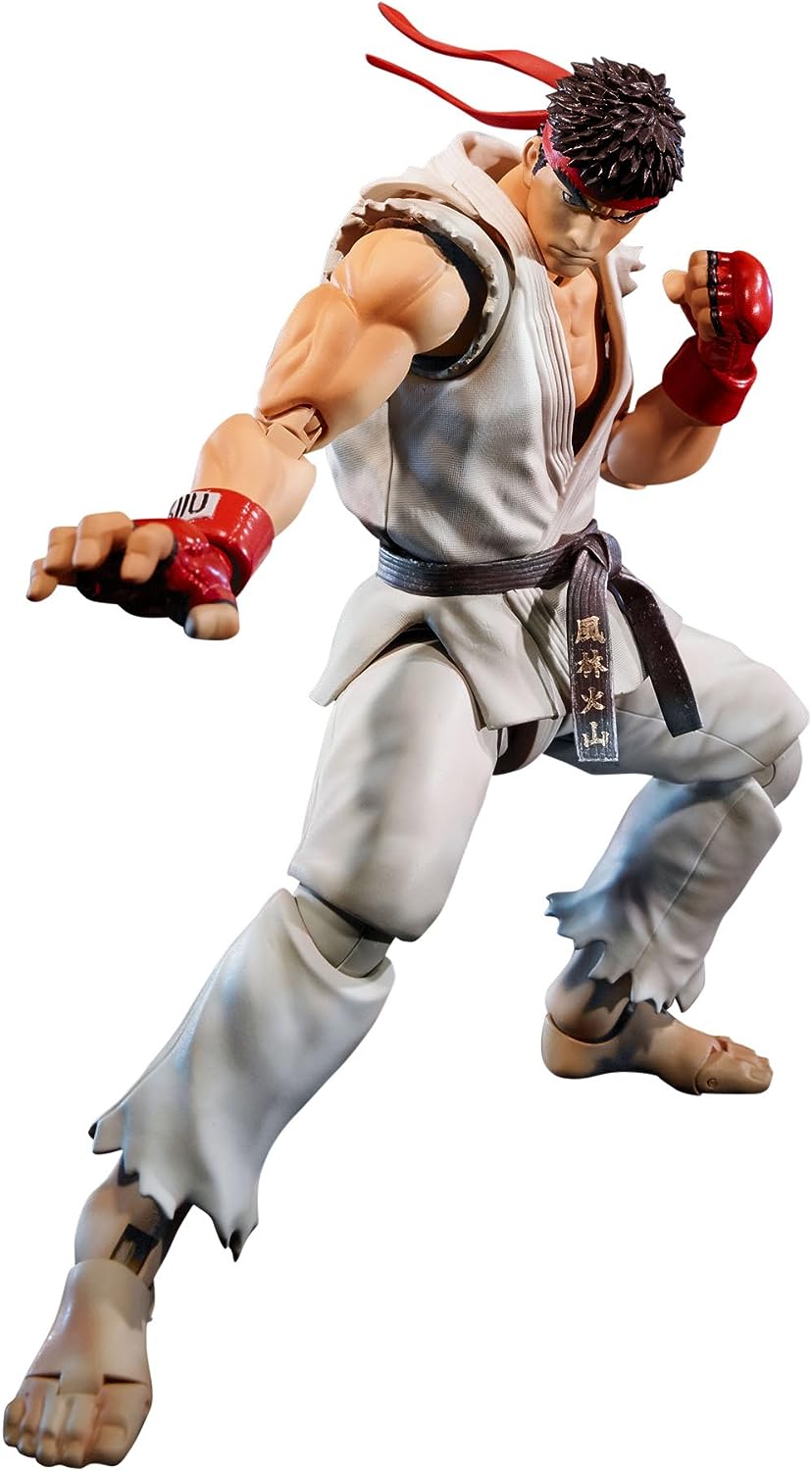 Since 2008, Japanese toy-makers extraordinaire Bandai has released a deluge of stunning action figures with high quality sculpts and incredible range of motion in their SH Figuarts line. Franchises such as Marvel, Super Sentai (Power Rangers), and Dragon Ball have all had their characters blessed with the Figuarts treatment over the last decade. It seems only fitting for the dynamic, powerful cast of Street Fighter to similarly enter the fray. As the quintessential SF character, you can’t go wrong by adding this Ryu to your figure collection. He features a number of interchangeable parts, fireball effects pieces, and plenty of joints to help you pull off all of your favorite poses. The sculpt is styled to accurately honor more recent depictions of the character (i.e. Street Fighter V). Thanks to Tamashii Nations, incredible Bandai releases of this kind are now more widely available to collectors in the US. Be careful though: once you buy one you’re definitely going to end up with many, many more! 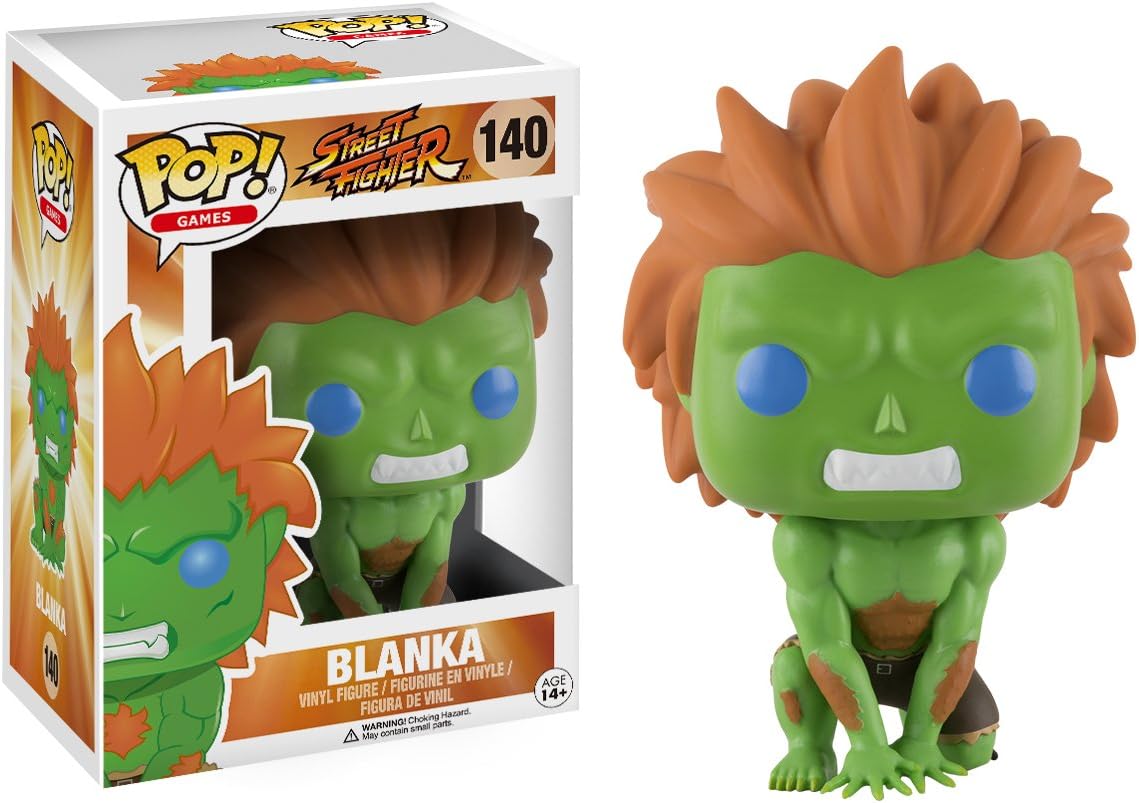 Whether you know Blanka as “that annoying green beast guy” or a beloved favorite character, no Street Fighter collection is complete without him. As one of the eight playable choices from the original iteration of Street Fighter II, the lovable charge-move monster has been brilliantly captured here in Funko Pop form. As with all standard releases in this line, this particular entry is highly collectible yet incredibly easy on the wallet. Many other companies would charge up to twice the price without a thought. If you’re the sort that has to have every single Pop figure released or you simply love the Street Fighter games, throwing Blanka into your cart is a no-brainer. 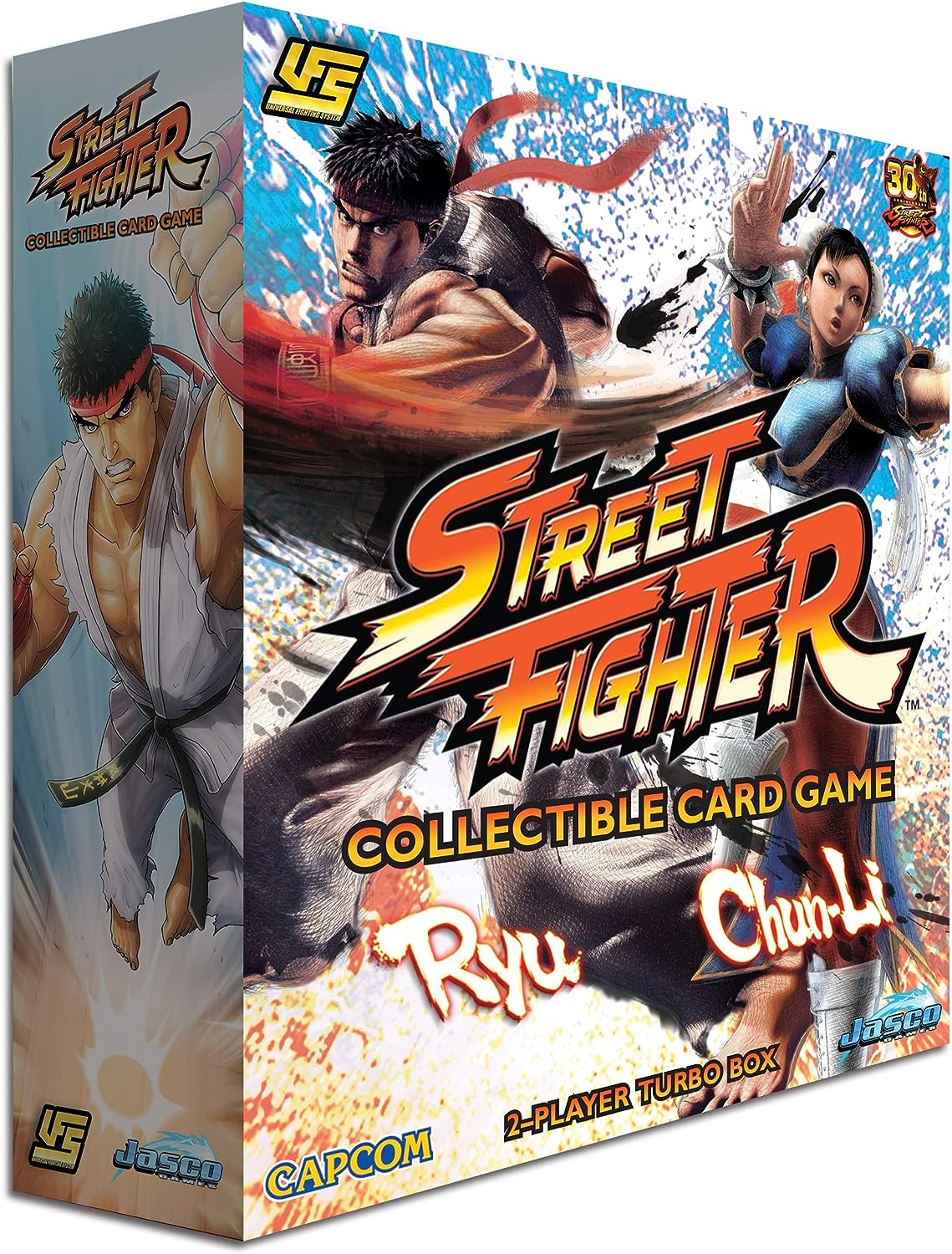 There’s no better way to get started with Jasco’s Street Fighter Collectible Card Game than this 84-card set. It features two full decks with classic characters like Ryu and Chun Li while also offering the guarantee of two “ultra rare” cards that are difficult to acquire otherwise. In short, this set will get you up and running with a healthy collection in one fell swoop. The Street Fighter CCG is much like any other modern two-player card game, with each player pitting their best cards against the other in hopes of coming out on top. Of course, this would also make a fine gift for long running franchise fans merely looking to add a new piece to their collection. The artwork is stellar and the cards themselves are of impeccable quality. You can’t go wrong! 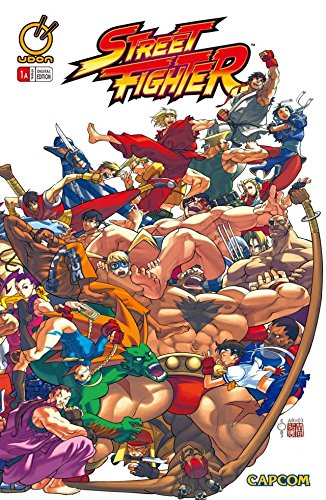 Street Fighter #1 is an introductory story that serves as the perfect jumping off point for the Udon Entertainment iteration of the popular button mashing fighting game series. It features vibrant, dynamic artwork that captures the spirit of the characters and their iconic special moves perfectly. The writing is also handled quite deftly. If you’ve seen the Street Fighter II Animated Movie, you should be all too familiar with the approach being taken. Context and much needed order is given to the overall plot, ultimately solidifying the relationships of the characters and the world they inhabit. This particular listing will let you order a $1 digital copy for your Kindle or comiXology account; you can also shell out a higher after-market price for a printed original if you’re more of a “hardcore” collector.