One of the most iconic villains from the comic universe is the Joker. That twisted mind combined with his terrifying laugh makes the Joker our favorite bad guy of all times. The Joker made his debut in 1940 in Batman #1 and I thought it was time to pay a tribute to him.

Be sure to also check out my favorite Batman statues.

These are my favorite Joker Statues

The Joker: The Killing Joke Statue

The Joker Statue from The Killing Joke, is a design by Brian Boland sculpted by David Giraud. Its whole idea is derived from the award-winning graphic novel of Batman, The Killing Joke. With this statue, the Clown Prince of Crime finds his way to your favorite comic collection shelf.

It’s a classy 3-D design with precise details of the Prince of Crime and his attire. And since it’s a chic, decorative, and iconic piece, it comes in a limited edition of 5,000 pieces, meaning you have to act fast. It measures approximately 13-inches tall, thus becoming an outstanding piece on your collection shelf.

This is by far one of my favorite Joker Statues and awesome Batman merch which I would love to own. 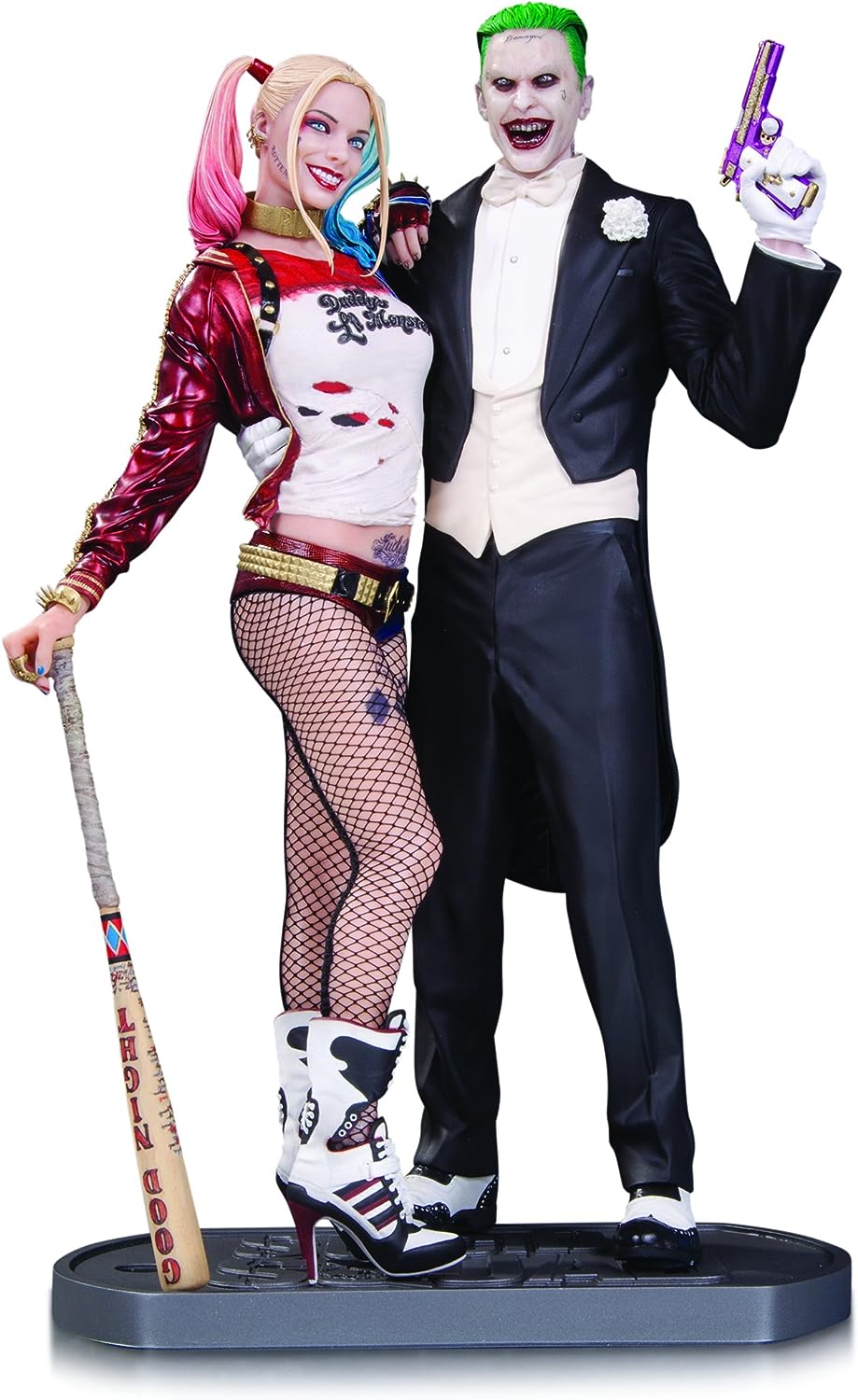 DC Collectibles never disappoints when it comes to the production of iconic statues. With their The Joker and Harley Quinn Statue, you get to portray your love for the Suicide Squad Movie. It’s an art carved by James Marsano together with Erick Sosa.

It comes as a two-figure statue capturing Harley Quinn and the Joker as they appear on the Warner Bros Movie: Suicide Squad 2016. The whole idea brings out the personality of these two characters while also allowing you to have some remembrance of the two. With a size of around 13.25 inches tall, this statue is an excellent piece for the fans of this movie and the two characters.

Black and White: The Joker Statue 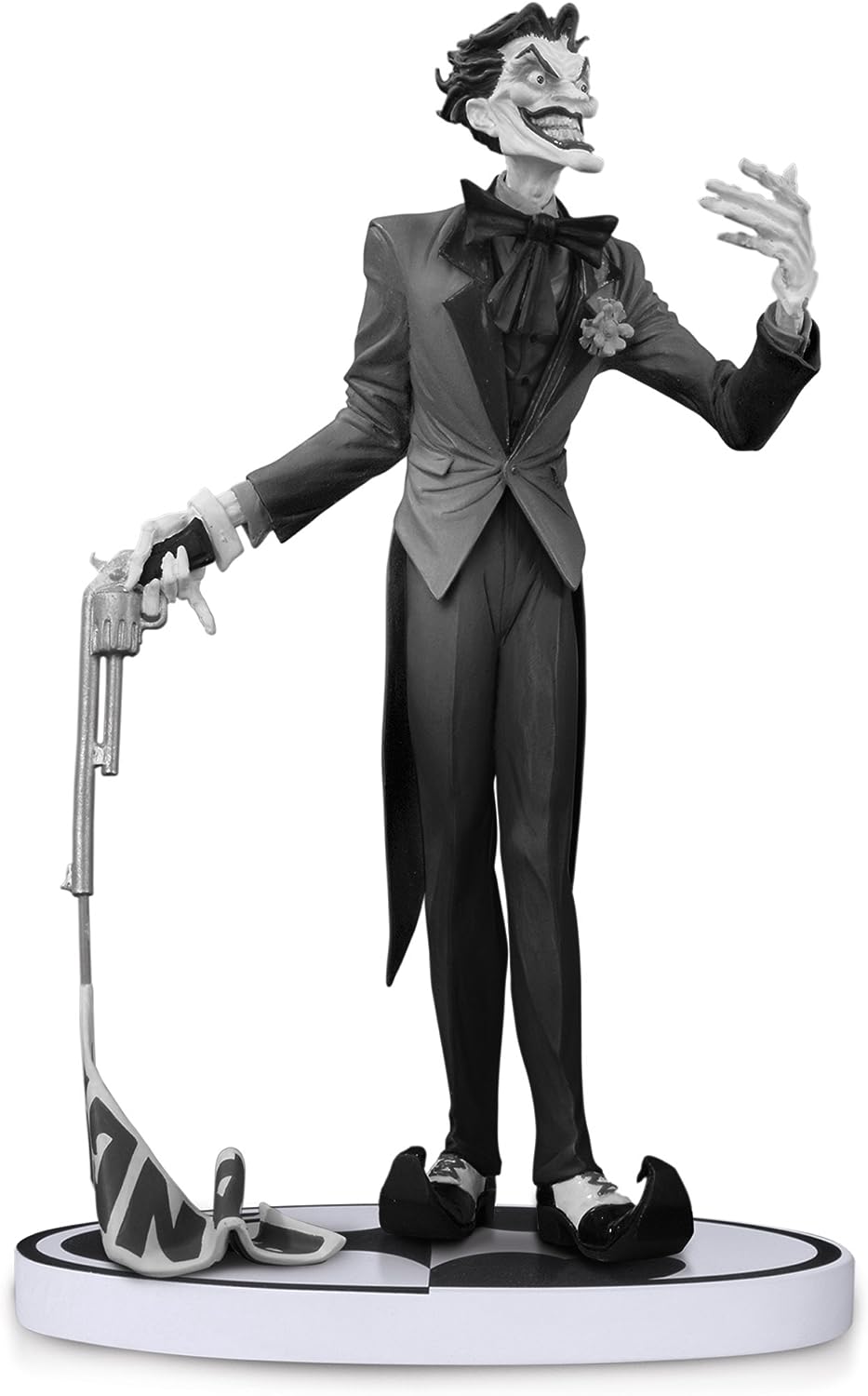 The Joker by Jim Lee statue is a Batman Black and white second edition statue design by Jim Lee himself and sculpting done by James Shoop. It’s one of the DC Comic most successful statue pieces. It stretches into the City of Gotham, including artist-based interpretations of the Caped Crusader’s greatest Villains and allies.

With it painted in monochromatic tones, the statue is an elegant iconic comic piece of art ideal for any Batman fan. It stands 5.625 inches tall, and the standing base is 4.625 inches wide and 3.5 inches deep. With these dimensions, you can already picture the outstanding look it will set on your collection shelf.

Batman vs. The Joker Statue 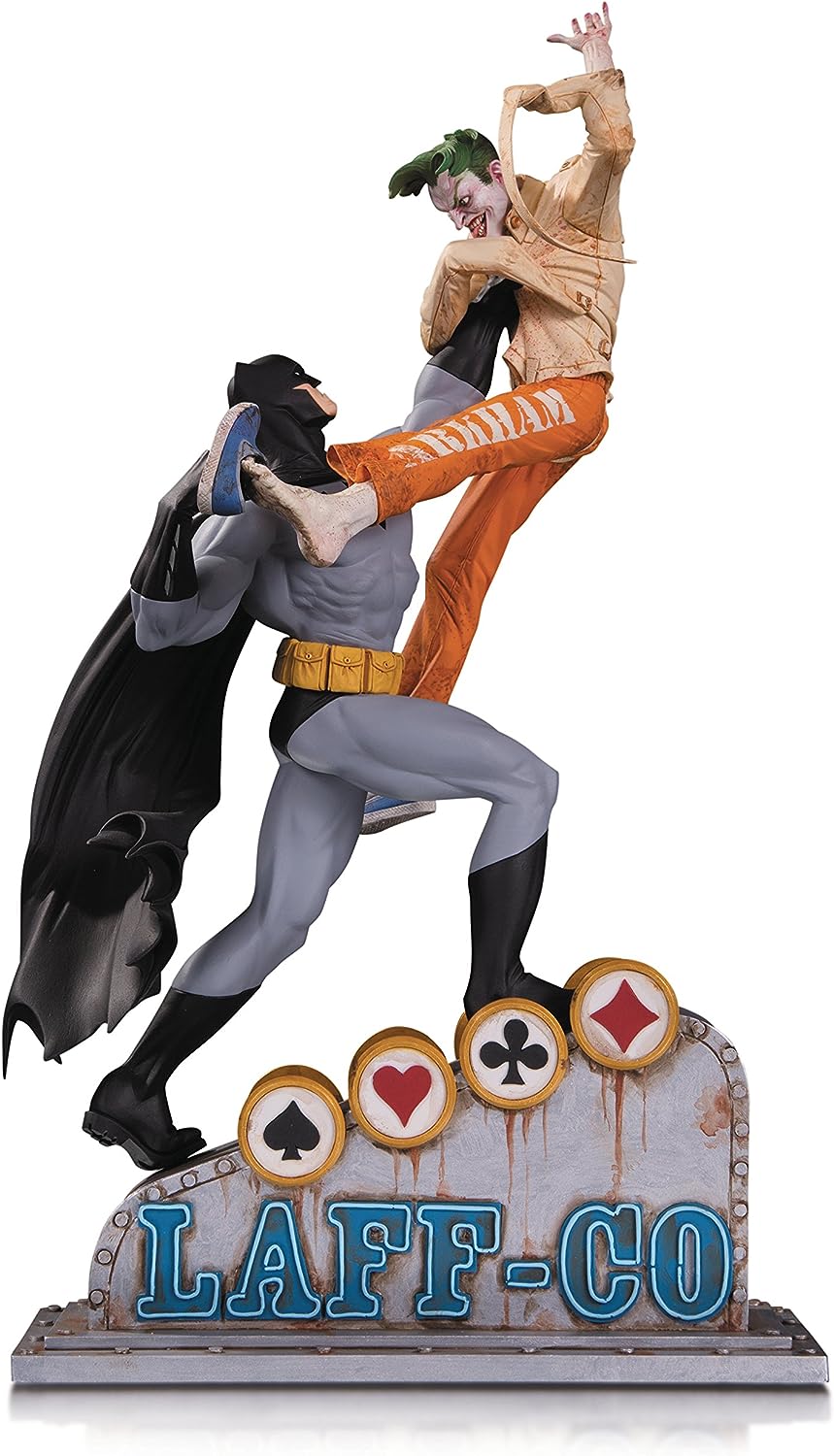 Batman vs. The Joker Statue is DC Collectibles comic statue on Laff-Co Battle. The icon comes in a premium Polyresin construction for extended durability. It captures the ultimate battle between Batman and the Joker Laff-co showing the good against evil.

The Caped Crusader and Crown Prince of Crime are squaring it off on the rooftop. The detailing done here is superb as it brings out the imagery of how the joker struggled with the Caped Crusader. On top of that, the rooftop has a unique Joker card design representing the whole idea. Remember, it’s a limited edition of 5,000 pieces.

The Joker and Harley Quinn Statue

From DC Collectibles, the Joker and Harley Quinn Statue is a piece done by Tim Bruckner. The whole idea is inspired by the iconic cover on BATMAN: HARLEY QUINN. With it, the DC Collectibles bring you your favourite disturbed duo, Harley, and Mr. Joker to life. It brings to life memories of the two characters in a single piece statue.

With the joker wearing a black and white suit while Harley is wearing red/black attire, it’s a piece to admire. The whole design from the base all up is something classy and representative to have on your Comic collections. Do not forget it’s a limited edition of 5,200 pieces only. 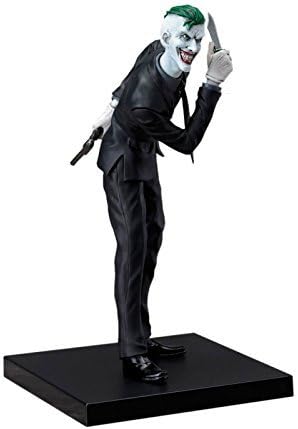 The Joker New 52 ArtFX+ Statue is a Kotobukiya DC Comics piece based on the most excellent comic book, The Joker. The statue captures the character’s iconic look from the Joker New 52. It also brings out the Joker’s gleeful insanity as he shows it off by leaning forward while touting the Batman with weapons on his hands.