Home » Who Would Win In A Fight? » The Fight for Supremacy: Hulk vs Wolverine

The Fight for Supremacy: Hulk vs Wolverine

When people think of Marvel, they usually think about Iron Man and Captain America. But there are other superheroes too! One of the most iconic heroes is Wolverine. He’s had some incredible battles over the years with his arch-nemesis Sabretooth, but he also has a pretty intense rivalry with The Hulk.

You either love the Hulk or you hate him. He is a beast of pure rage and power, but he’s also one of the most powerful heroes in all of comics. Wolverine on the other hand…well let’s just say that opinions are mixed about this adamantium-clawed mutant. We’re going to take a look at their history in this post and find out who would win if they ever battled for supremacy by analyzing their strengths and weaknesses!

Born with the ability to turn into a giant green monster when he is angered, The Hulk was an outcast that society feared. He was shunned by all of humanity. This led to him becoming a powerful and sometimes destructive force. He is the strongest one there is. The Hulk has no fear of anything in this world because he knows that nothing can hurt or kill him anymore.

Bruce Banner on the other hand is one of the most intelligent minds on Earth. He is the world’s foremost expert on gamma radiation. But even he can’t always control The Hulk when it comes to his anger.

The Hulk made his first appearance in May 1962 in The Incredible Hulk #1. He weighs around 1.040 lbs and is 7ft tall. A small fact that not many readers know is that Bruce comes out of a troubled family. His father, Brian was very abusive and even killed Bruce’s mother. During that time, Bruce developed a multiple personality disorder…

One of the most popular X-Men characters ever created, Wolverine was born with claws made from bone and metal that he can extend and retract from his hands. He’s a fierce fighter with the ability to heal wounds at an accelerated rate, so even if you’re able to hurt him, it won’t slow Wolverine down for long!

Wolverine has superhuman regeneration abilities, animal senses, enhanced physical capabilities thanks to his adamantium skeleton claws as well as his heightened senses. He is also an expert martial artist, and while he doesn’t have the brute strength that The Hulk has (he’s a little more agile), Wolverine can still take on anyone in combat with these abilities!

James Howlett which is Wolverine’s real name made his debut actually in an Incredible Hulk comic. It was in October 1974 in issue #180. Logan is only 5ft 3 and weighs 195 which is quite the difference compared to the Hulk.

The Hulk possesses the ability to increase his physical form and strength through muscle mass when angered or excited. In addition, this incredible rage grants him superhuman durability that makes him immune to most attacks including energy blasts from Iron Man or Thor for example. The Hulk is also able to regenerate himself and even increase his size.

The Hulk is one of the most powerful and destructive forces in all comics. It’s hard to make The Incredible Hulk stop once he starts smashing things up, but that also makes him a little bit predictable as well.

As a mutant with regenerative abilities, Wolverine has an incredibly fast healing factor that helps him recover from virtually any injury. He is also superhumanly strong and agile thanks to his adamantium skeleton claws which he can extend or retract at will. His senses are heightened and he is also an expert martial artist who can take down anyone that crosses his path.

If The Hulk doesn’t get angry really fast then he starts to shrink back into Bruce Banner form. Wolverine could catch Bruce by surprise and he would never know what hit him as Wolverine is also an incredible hunter thanks to his enhanced senses.

Wolverine always needs to engage in close combat as he has no other superpowers. This can be a problem facing the Hulk as he can leap high and far so he could get out of Wolverine’s range quite easily.

We are using the same numbers as Marvel has published in the character’s report. The maximum that a power can reach is 7.

Before doing the research, we were already expecting The Hulk to come out on top. We didn’t know for sure but it was more a gut feeling. Now, looking at the numbers above, it more or less looks like Wolverine doesn’t stand a chance against the Green Giant.

Wolverine is outperformed on every criteria except for Fighting Skills which makes absolute sense. It is also a little bit of a shock that Wolverine is actually so low in power. He has always been one of our favourite X-Men but he still remains very weak if you compare him to other mutants/beings in the Wolverine universe. 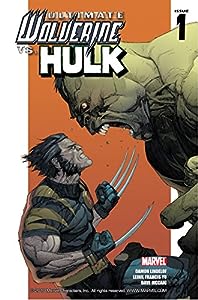 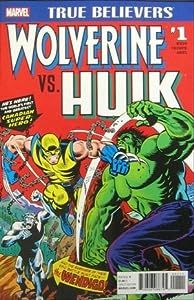 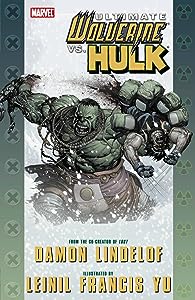 If you are really interested in how the fights actually go, Marvel has already released a couple of comics and movies about the fight between Wolverine and The Hulk. So you can definitely check out the ones we have added above. The fights are absolutely amazing and if you don’t like to read, the DVD’s are also great. Get ready for some very hard close-combat.

Martian Manhunter vs Superman: Who Wins In A Fight?

Trigon vs Darkseid: The Fight Of Pure Evil