In the late 19th century James Howlett was born to John and Elizabeth Howlett, a wealthy Canadian family, and grew up with his friends Rose, and Dog. Things went awry when Dog fell in love with Rose and killed James’ puppy to intimidate him into not interfering. Enraged, John expelled both Dog and his father, the groundskeeper Thomas Logan who was James’ real dad. Drunk and angry, Thomas killed John causing Jame’s mutant powers to awaken for the first time. He went berserk and killed Thomas, but his mother killed herself, having been horrified by her son’s primal rage and mutant claws.

James and Rose moved on and took refuge in a mining town. However, Dog would track them down and attack James who was now calling himself Logan. Rose would attempt to save Dog and accidentally get impaled on Logan’s claws. Traumatized by this, Logan would go completely feral and begin living with a pack of wolves in the wilderness. During this time Logan would kill Saul Creed, brother of Victor Creed, better known as Sabretooth. This would begin a rivalry and hatred that would last decades.

Regaining a bit of his sanity, Logan would travel the world, spending a large amount of time in Japan with his mentor Ogun. Unfortunately pretty much every woman Logan fell in love with would be brutally murdered one way or another, making Logan somewhat of a loner. He would also be kidnapped and experimented on by the Weapon X Program, giving him an adamantium skeleton and claws. After going berserk and escaping the facility Logan would be rescued by Canada’s Department H. As a member of Department H, he would battle enemies such as the Hulk and Wendigo, but would ultimately leave to join the second incarnation of the X-Men.

Being one of Marvel’s most popular characters, Wolverine would appear in practically every Marvel comic book imaginable. He would even die and return to life at one point and be replaced by an alternate version of himself called Old Man Logan for a time. Currently, Wolverine is a member of the mutant nation of Krakoa and had had several battles with the anti-mutant group XENO.

Wolverine is best known for his adamantium claws and healing factor, but has a variety of other powers as well, making him a deadly opponent in close combat. Here’s a list:

Like his namesake, Wolverine is a vicious fighter. With adamantium claws that can heat up to thousands of degrees and superhuman physical attributes, he’s a monster in melee combat. Despite the fact that Wolverine seems to fight like a wild animal, he’s also a martial arts master, and proficient in using a variety of weapons including swords, guns, and explosives.

Wolverine also has several other powers, such as superhuman senses, disease and poison resistance, and telepathic resistance. He’s also a skilled leader and has been trained in the ways of the samurai, assassination, and spying. He’s also a great pilot and tracker.

How tall is Wolverine?

How old is Wolverine?

When was Wolverine born?

Cal Dodd was the voice of Wolverine in X-Men the Animated Series.

Steve Blum is the voice of Wolverine in the last Marvel Video Games.

How did Wolverine die?

Wolverine can die by drowning.

How much does Wolverine weigh?

How strong is Wolverine?

Wolverine can lift between 800 lbs to 2 tons.

How old is Wolverine in old man Logan?

What is Wolverine’s real name? 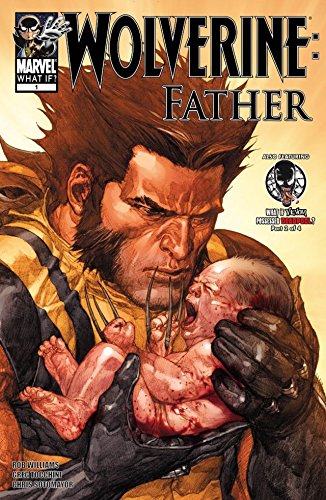 How Many Kids Does Wolverine Have?