The first issue of X-Men was released in September 1963. The big difference about the X-Men was that were part human but also part mutant. Before that, the comic world only had humans who were bitten by spiders, millionaires and aliens.

This mutant development opened up a whole new world and the number of superpowers was now limitless.

Although the X-Men were very popular with comic readers, they even got a bigger following when the anime series came on television. To close the loop, they took the risk to bring the X-Men to the big screen and they have never disappointed as they were able to count on an incredible cast with Hugh Jackman, Patrick Stewart, Ian McKellan,… 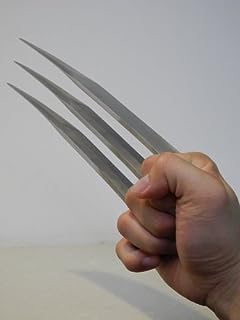 If you’re looking for some good quality Wolverine Claws for a low price, you can stop your search now because you found them.

This Wolverine Claw Lamp is are really cool thing. You can separate the claws from the lamp in case of an emergency like being attacked by Sabretooth or when you have a cool Wolverine costume. Unfortunately, it is no longer available. I’m sorry bub. 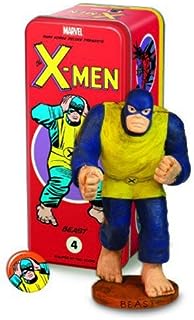 This statue depicts the character as he appears in the original X-men comics. It comes in a tin box and there have only been 850 models produced. A character booklet and pin button are also included. The tin box is also already a great X-Men collectible on its own.

The Avengers vs. X-Men 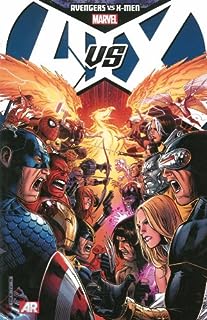 Ever wondered what would happen if The Avengers would take on The X-men? Well, you can found out now in this great The Avengers vs. X-Men comic book. The book contains 384 pages so it will keep you occupied for a while. This is also definitely worthy for a movie. I hope somebody from Marvel is reading this! 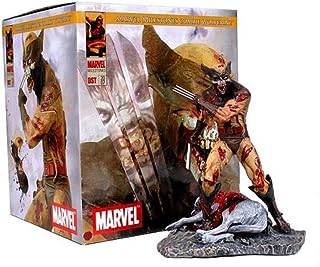 This Marvel Zombies: Wolverine Statue is actually a limited edition. It was sculpted by Rudy Garcia and stands 10″ tall. This only for the true X-Men/Wolverine collectors as they don’t come cheap… 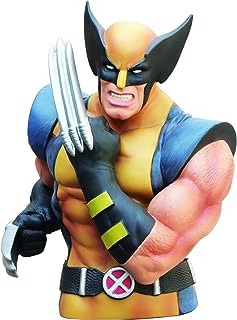 Don’t worry about your money being stolen ever again with this Wolverine Bust Bank. It is made out of plastic and comes at a fair price. 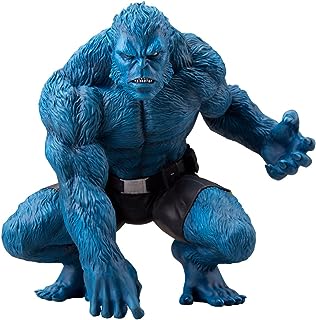 This Beast action figure from Kotobukiya is just absolutely stunning. Kotobukiya guarantees quality and this is something we can’t ignore looking at Beast. The amount of detail on this X-Men action figure is amazing. 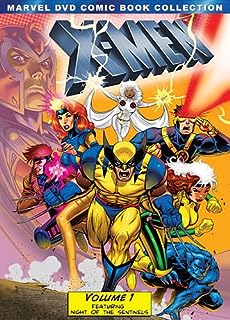 The X-Men TV series from 1992 were my favorite TV show growing. Every episode, I would switch who my favorite character was. They were all so cool! It’s for me even impossible to choose a favorite episode as they were also so good. Just listen to the opening theme that we added below. You will feel like a kid in no time and all the good times you had watching this on sunday mornings. 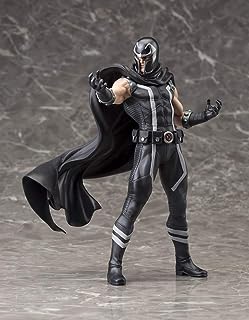 While writing this post, we kept on argueing which one is the coolest. The Black Magneto or the White Magneto. We still haven’t come to an decision. The details on this Magneto action figure are just exceptional! 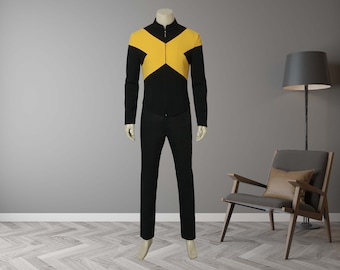 This endoscope couldn’t be easier to use. Just plug & play. The list of features goes on and on for this product. Intraoral camera system, underwater camera, waterproof Micro-cameras, motor vehicle detector,… just to name a few. 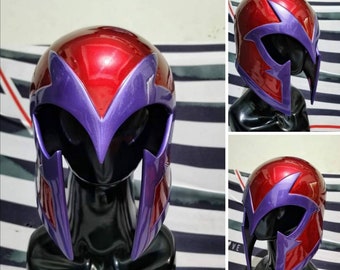 If you’re afraid that people can get into your head then this Magneto Helmet is the perfect solution for you. It’s stopped professor Xavier from getting into Magneto’s head. It has an incredible design and is inspired by 90’s X-Men Comics. 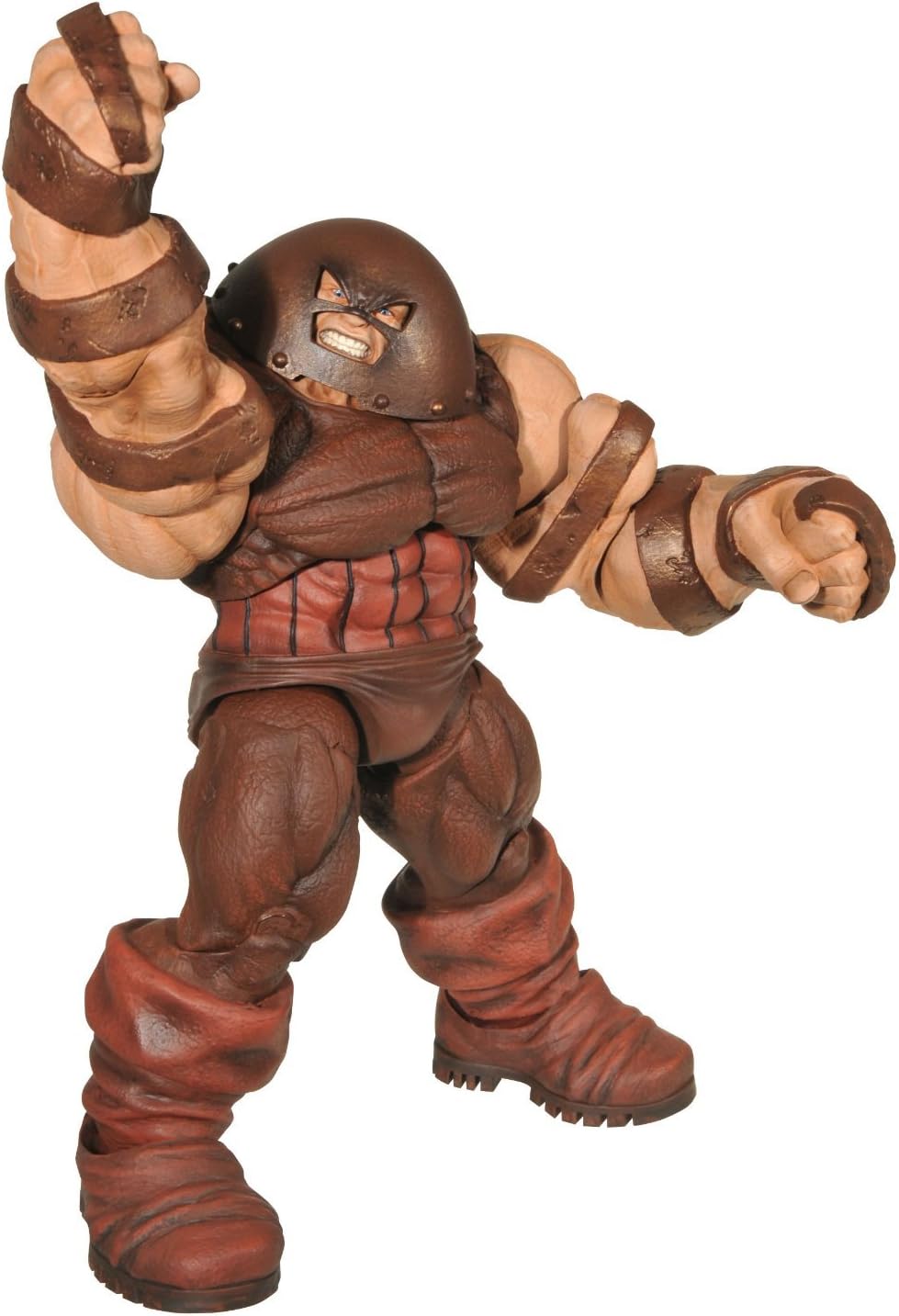 This Diamond Select release has taken action figures to a new level! Sculpted by Gentle Giant, this 7″ of pure Juggernaut awesomeness stands over the Marvel Select line and offers 16 points of articulation. He comes bundled with his classic uppercut action feature that will have you replaying those awesome battles between him and the X-Men again and again. The Marvel Select Juggernaut Action Figure is an awesome investment for any collector’s portfolio or any fan of Juggy! 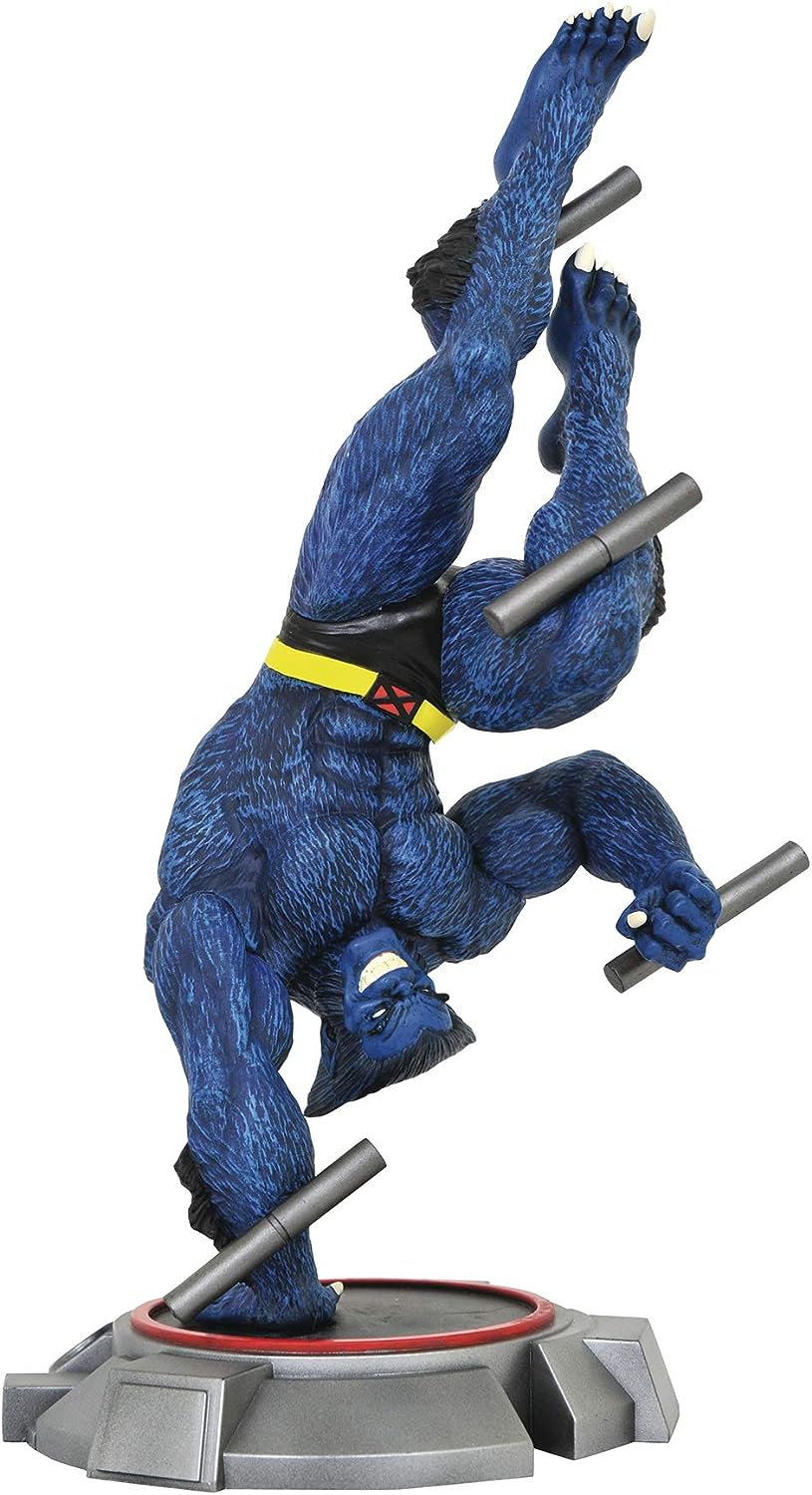 Beast PVC Figure offered by the awesome folks over at Diamond Select is going to be a hit with anyone who is a fan of action figures! This product is very popular! My favorite feature has to be its detailed sculpting and paint applications. The color scheme really pops and draws you in. This figure is highly articulated , which allows for many fun ways of playing and displaying the figure. A full-color window box that allows you to see the exact contents of the box is also included. 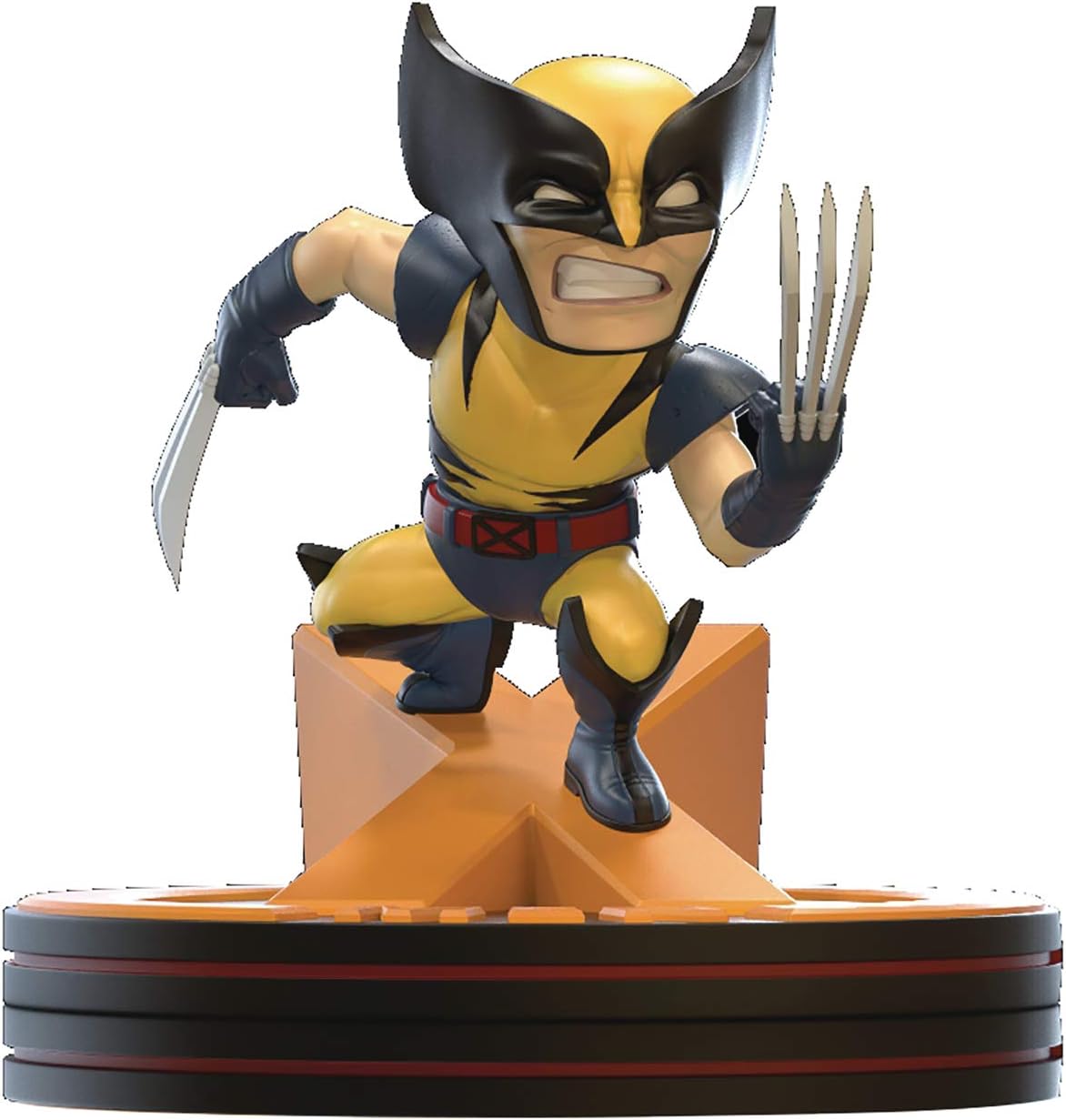 Wolverine is one of the most popular characters in Marvel history. With an in-depth movie franchise and more than 75 years of comics to choose from, fans can bring the excitement home with this intricately detailed Q-Fig Diorama. It’s specially hand-painted details and themed diorama base really pop on your shelf, bringing your collection to life. Whether it’s for yourself or a gift for someone special, this collectible figure is sure to make a fan smile! 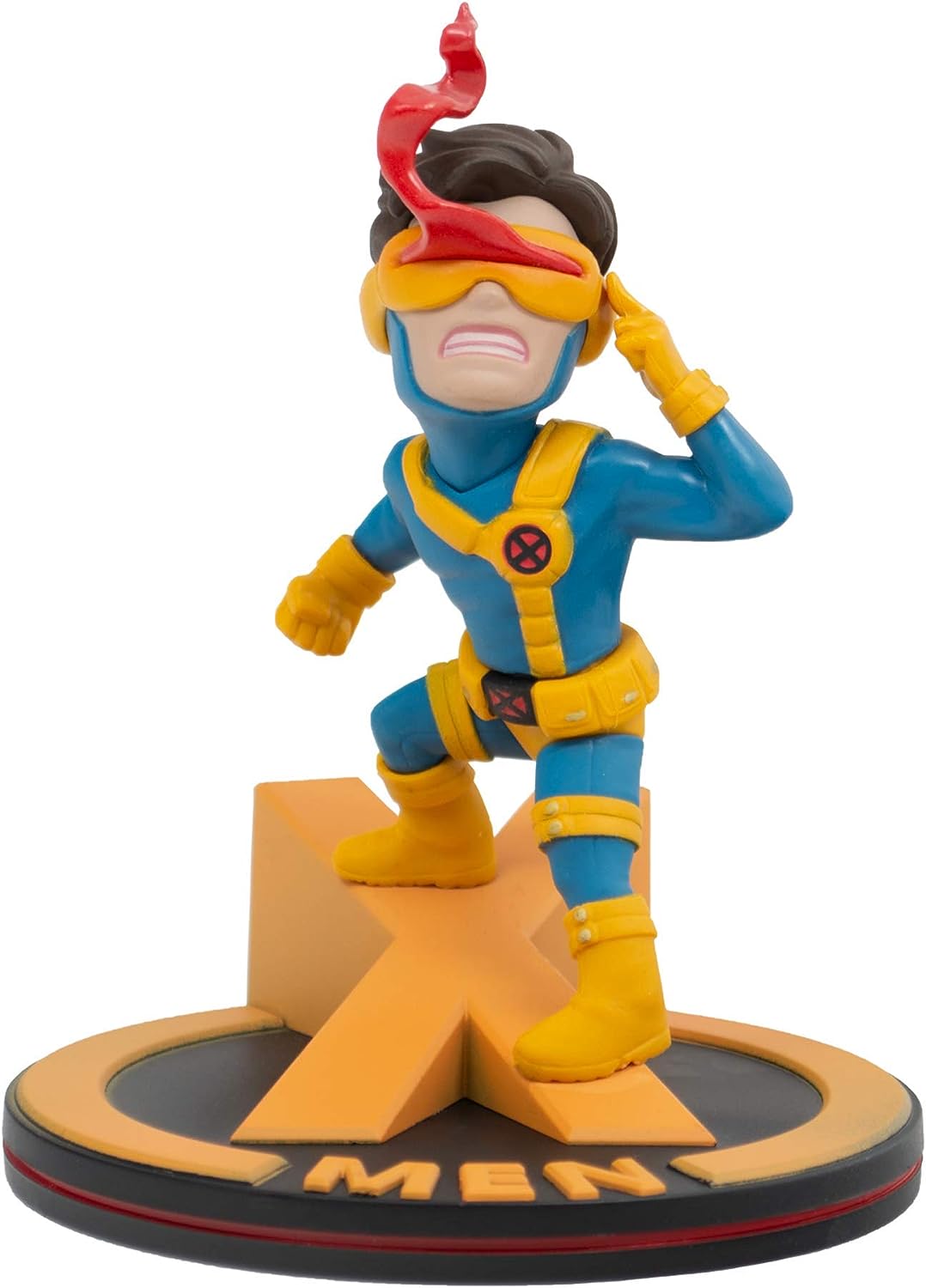 This Cyclops Q-Fig Diorama figure showcases the mutant’s signature power, his Optic Blast. Cyclops holds his fists out in front of him, just after unleashing a powerful beam from his ruby-quartz visor. The remnants of the beam still linger above his head in a cloud-like formation. This detail is captured both on his hand-painted face and head as well as the X-Men display base, which will be shown through the clear plastic rod of the packaging. The diorama figure comes packaged in an attractive blister pack with opening flap and pegs. 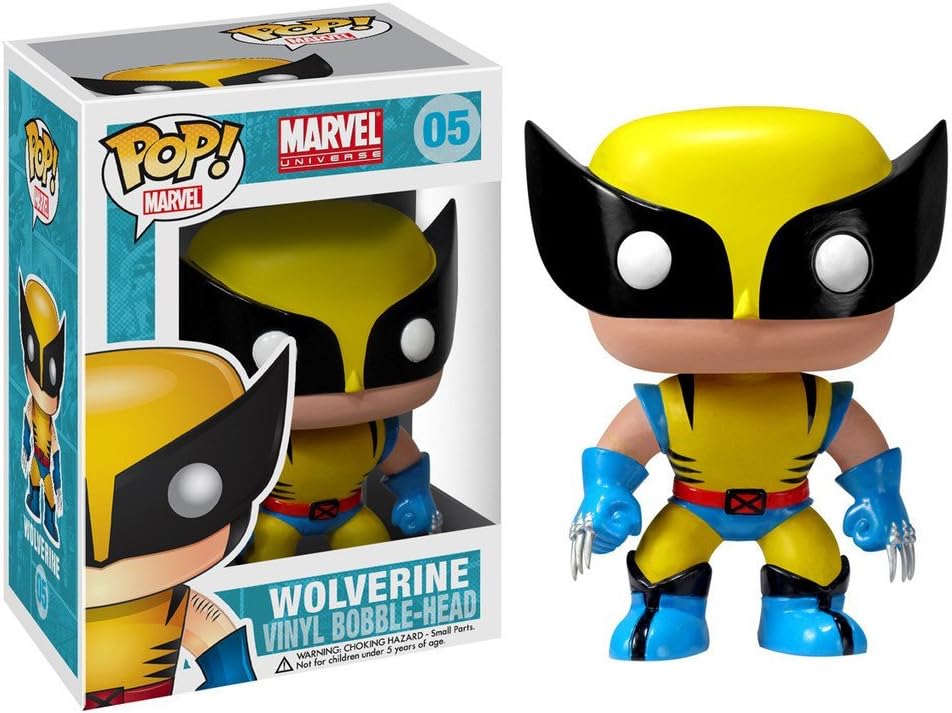 Create your own little world of Pop!s with this extra adorable, stylized Funko version of everybody’s favorite mutant; Wolverine. This collectable vinyl figure is just one of the available Marvel characters that are currently being brought to you by Funko, and everyone knows what a big role the super heroes play in our lives. Whether they be big or small, the majority of heroes pop up in today’s culture on a regular basis. Now you can get your hands on a Pop! version of them all with the help of this friendly toy manufacturing company. 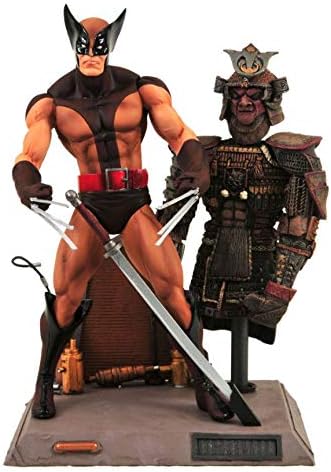 New from Diamond Select Toys and based on the comic character created by Marvel Comics, this Wolverine figure comes straight from the ’80s, with his classic brown-and-yellow uniform, matching headband and katana! This approximately 6″ figure is sculpted to exacting comic book standards and looks like it just jumped out of the Marvel universe. Figure includes a display base with samurai armor. 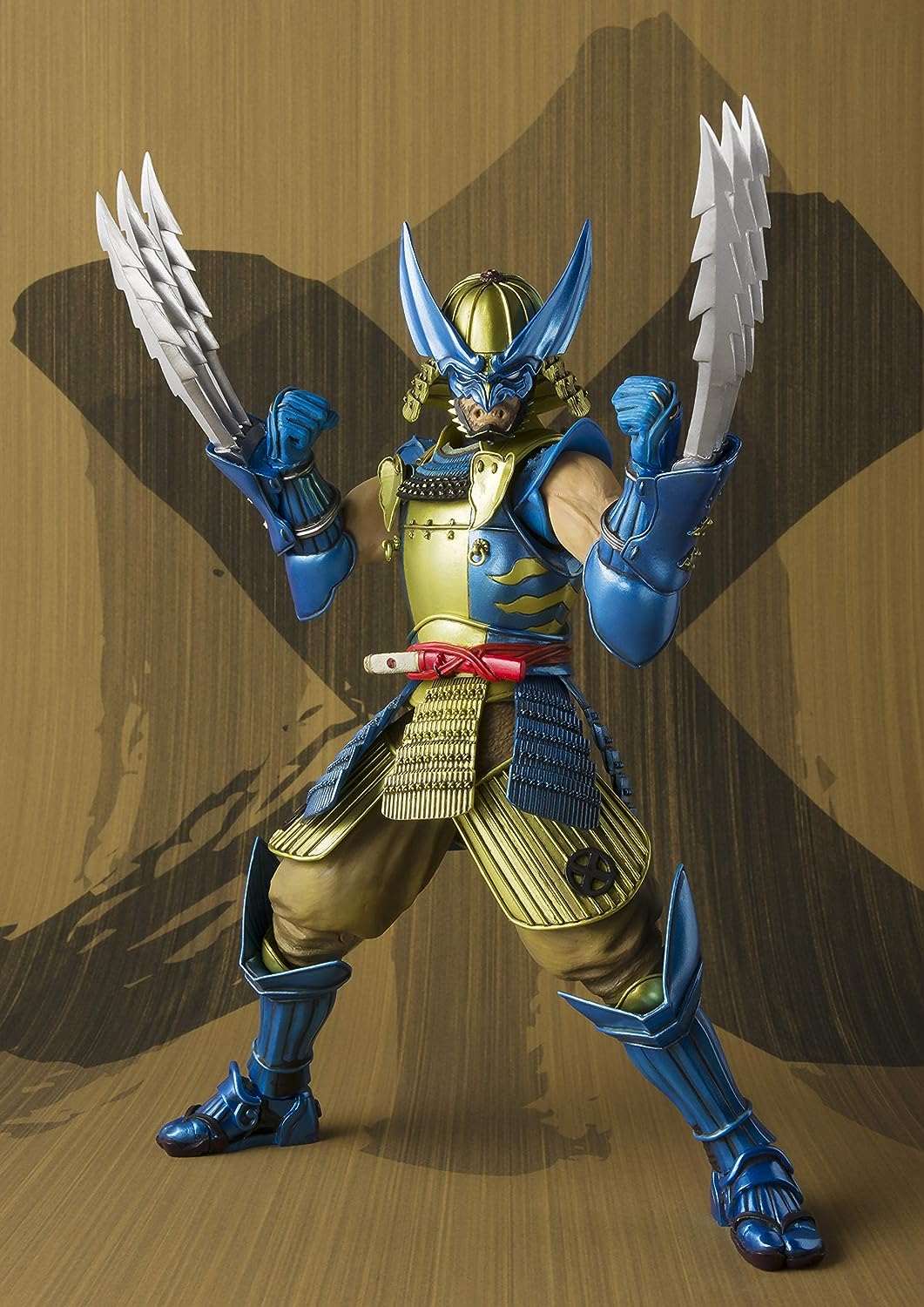 Inspired by Marvel’s Wolverine, this figure based on the one-of-a-kind prototype designed by Takayuki Takeya is brought to life here by spectacular expert craftsmanship. This high quality and highly detailed action figure features an innovative body sculpt, numerous accessories, and can be posed in various ways thanks to flexible materials making for a dynamic viewing experience. The set includes the figure, a pair of optional hands, and four types of optional claws.

If you’re a fan of Wolverine then you know that his powers and abilities are pretty amazing. He’s able to heal from almost any wound,…